What was Steve McQueen's Net Worth?

Steve McQueen was an American actor and cultural figure in the 1960s and 1970s. At the time of his death Steve McQueen's net worth was $30 million. That's the same as $100 million in today's dollars. Steve s well-known for his roles in films like "The Thomas Crown Affair," "The Great Escape," and "The Sand Pebbles," among many others. In the mid-1970s, Steve McQueen was the highest paid actor in the world. His $12 million paycheck for 1974's "The Towering Inferno" is worth the same as $66 million today. He also owned a valuable collection of cars, motorcycles and watches. Steve McQueen-owned cars, watches and motorcycles today are extremely valuable.

Steve McQueen was born on March 24, 1930 and was given the name Terrence Stephen McQueen. He was born in Beech Grove, Indiana which is outside of Indianapolis. He was raised in a Roman Catholic family primarily by his maternal grandparents. His father William, who worked as a stunt pilot, left his mother Julia Ann six months after meeting her. Julia left the baby with her parents and he spent his early childhood on a farm. At the age of eight, his mother took him to Indianapolis to live with her and her new husband. However, his new step-father beat McQueen, causing him to later move to the streets where he began committing petty crimes.

Over the next few year, McQueen moved back and forth from his mother's to the streets and back to the farm before his mother sent him to the California Junior Boys Republic in Chino. McQueen later enlisted in the Marines and was arrested after taking an unauthorized leave of absence. In the years that followed, he more fully devoted himself to the Marines until being honorably discharged in 1950.

McQueen used the financial assistance provided by the G.I. Bill to enroll in acting training at Sanford Meisner's Neighborhood Playhouse and HB Studio in New York City. During this time, he was able to make money by racing in weekend Harley and Triumph motorcycle races. He then began landing minor roles in productions like "The Member of the Wedding" and "Peg o'My Heart."

In 1955, McQueen moved to California to be closer to Hollywood. His first breakout role came when he appeared in the NBC western series "Tales of Wells Fargo." He then landed roles in other series like "Wanted: Dead or Alive" and "Trackdown." These roles helped McQueen become a household name. He then caught his next break when Frank Sinatra gave him a role in the film "Never So Few."

From that time on, McQueen began landing major film roles. His first major hit was "The Magnificent Seven" followed by the 1963 film "The Great Escape." Subsequent films included "Love with the Proper Stranger," "Nevada Smith," "The Cincinnati Kid," and "The Sand Pebbles." He earned an Academy Award nomination for his role in "The Sand Pebbles," the only such nomination he would receive in his life.

In 1968 he starred in "Bullitt" as well as "The Thomas Crown Affair." His career continued rising into the 1970s and McQueen became the highest paid actor in the world by the time the 1972 film "The Getaway" was released. However, in 1974, McQueen essentially disappeared from acting in order to focus more fully on racing motorcycles. It wasn't until 1978 that he returned to film with the movie "An Enemy of the People." His final two films were "Tom Horn," a Western, and "The Hunter," both of which were released in 1980. 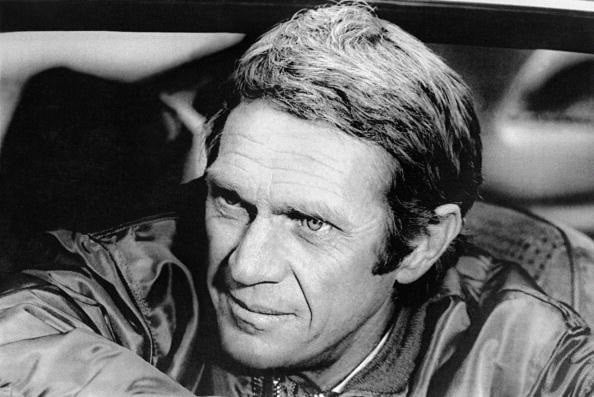 For 1974's "The Towering Inferno" Steve was paid a salary of $12 million. After adjusting for inflation, that's the same as an astonishing $66 million. This paycheck made Steve the highest-paid actor in the world by a mile. A title he held for many years even after his death in 1980.

McQueen began dating Gia Scala while he was attending acting school in New York. Their relationship eventually ended though and he began dating actress and dancer Neile Adams. The couple married on November 2, 1956 and had a daughter in 1959 and a son in 1960. The remained married until divorcing in 1972. Several women have claimed that they had affairs with McQueen during the time he was married to Adams.

In 1973, McQueen married actress Ali MacGraw, his co-star from "The Getaway." Their relationship ended in divorce in 1978. Two years later, in January of 1980, McQueen married model Barbara Minty.

McQueen had an intensive daily exercise regime that involved weightlifting and running, as well as martial arts. He also had several drug and alcohol habits and was known to be a frequent drinker, cocaine user, and smoker of marijuana. Throughout his acting career, McQueen had continued racing, both motorcycles and race cars. He also had a large collection of classic motorcycles and vintage and exotic cars. He also flew and owned a number of aircraft.

In 1979 Steve and Barbara Minty bought a 15.5 acre ranch in Santa Paula, California, roughly 1.5 hours north east of Los Angeles. They married at this ranch in the home's living room in 1980. The property features a 4,500 square-foot hangar where Steve housed his car and motorcycle collection. Another benefit for Steve was the property's close proximity to the Santa Paula Airport where he housed his Stearman Model 75  biplane.

Years after his death, Steve's car and motorcycle collection would prove to be extremely valuable. He owned approximately 130 motorcycles and dozens of incredible cars from Ferraris to Porsches and Jaguars.

Steve owned dozens of watches and during his lifetime was a brand ambassador for Heuer. Tag Heuer still pays Steve's estate to this day to use his image in their advertisements. One of the six Monaco Ref. 1133 watches that he wore in the movie 1970 movie "Le Mans" was sold at auction for $2.208 million.

In 1978, McQueen developed a cough which led him to give up smoking. However the cough persisted and he eventually discovered he has pleural mesothelioma, a type of cancer that is attributed to asbestos exposure for which there is no known cure.

After evidence of widespread metastasis was found, McQueen sought controversial treatments in Mexico that ultimately did nothing to cure him. He developed a number of tumors in his abdomen and flew to Mexico to have one on his liver removed, despite American doctors telling him they were in operable. Shortly following the surgery, McQueen died of a heart attack in November of 1980 while still in Mexico.

McQueen was cremated and his ashes were spread over the Pacific Ocean. Since his death, McQueen has remained an icon and has been inducted into the Hall of Great Western Performers and the Motorcycle Hall of Fame. He has also been featured in a number of museum exhibits, had documentaries made on his life, and been portrayed in feature films. 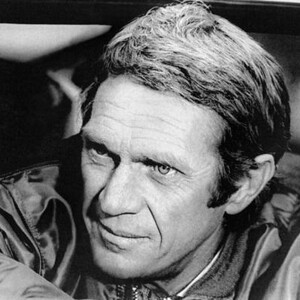