Steve Higgins Net Worth: Steve Higgins is an American writer, producer, announcer, comedian, and actor who has a net worth of $2 million. Steve Higgins was born in Des Moines, Iowa in August 1963. He toured with his brothers David Anthony Higgins and Alan Higgins as well as actor Dave Allen in the comedy troupe Don't Quit Your Day Job.

The group moved to Los Angeles, California and starred in the 1990 TV series The Higgins Boys and Gruber. Steve wrote for The Jon Stewart Show. From 1995 to 1997 he was the co-head writer for Saturday Night Live and since then he has remained on the writing staff. Starting in 1996 he became producer of Saturday Night Live. He also appeared on SNL as an announcer and audience member. He was the announcer for Late Night with Jimmy Fallon for its entire run and made the move to announcer of The Tonight Show Starring Jimmy Fallon in 2014. Higgins is also the voice of Mr. Awesome in the TV series The Awesomes since 2013. He was the inspiration for Parks and Recreation character Andy. He won a Primetime Emmy Award in 2003 for Saturday Night Live. 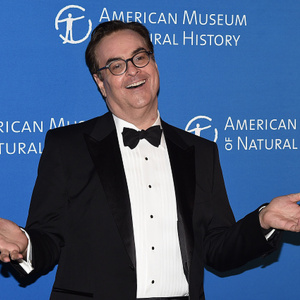