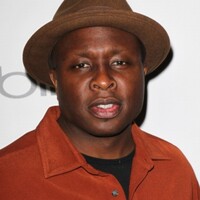 Steve Harris Net Worth: Steve Harris is an American actor who has a net worth of $500 thousand dollars. Born in Chicago, Illinois on december 3, 1965, Harris is best known for his roles on the television series The Practice and Awake. He has been active in the entertainment industry since 1995 and attended St. Joseph High School as well as Northern Illinois University where he played football and studied drama. He retired from football after suffering a torn ligament in his ankle. He can also be heard and seen in series such as The Batman, Law & Order, Heist, Grey's Anatomy, New York Undercover, and various films including Quarantine, Bringing Down the House, Diary of a Mad Black Woman, The Rock, Takers, Minority Report, and more. He is a six-time nominee for the NAACP Image Award for his performance on The Practice. He won the award in 2004.