Steve Buscemi net worth: Steve Buscemi is a well known American actor, writer, director, producer, and former firefighter who has a net worth of $35 million. Buscemi is perhaps best known for his supporting roles in the Coen brothers films "Miller's Crossing," "Barton Fink," "The Hudsucker Proxy," "Fargo," and "The Big Lebowski," as well as his roles in the Quentin Tarantino films "Reservoir Dogs" and "Pulp Fiction."

Early Life: Steven Vincent Buscemi was born on December 13, 1957, in Brooklyn, New York. He is one of four sons (Steven, Jon, Ken, and Michael) of John and Dorothy Buscemi.  As a kid, his family moved to Nassau County, New York. Steve was on the wrestling team and in the drama club at Valley Stream Central High School. He graduated in 1975. Buscemi briefly attended Nassau Community before moving to New York City to study at the Lee Strasberg Institute.  In 1976, Buscemi took a civil service test. In 1980, he became a New York City firefighter. He was a member of FDNY's Engine CO. 55 in Little Italy for four years.

Career: Buscemi often plays characters who are neurotic and paranoid. Steve Buscemi made his acting debut in the 1985 film "The Way It Is." His other early films include 1986's "Parting Glances," 1988's "Slaves of New York," and 1990's "Tales from the Darkside." In 1990 Buscemi had additional crime roles. He played the henchman of Laurence Fishburne named Test Tube in Abel Ferrara's "King of New York." He also played Mink in the Coen Brothers' "Miller's Crossing." He had to audition twice for this role, and it was the first of five of the Coen Brothers' films in which Buscemi performed.

In 1991, he played the bellboy, Chet, in the Coen Brothers film "Barton Fink." His first lead role was as Adolpho Rollo in 1992's "In the Soup."  He gained wider attention as Mr. Pink in Quentin Tarantino's 1992 film "Reservoir Dogs." He also appeared in Tarantino's next film, "Pulp Fiction." Buscemi's other most notable character roles include Carl Showalter in "Fargo," Garland Greene in "Con Air," Donny in "The Big Lebowski," Rockhound in "Armageddon," Seymour in "Ghost World" (for which he won several awards), Randall Boggs in "Monsters, Inc." and "Monsters University," Templeton the Rat in "Charlotte's Web" and Wayne the Werewolf in all "Hotel Transylvania" movies.

Buscemi joined the cast of "The Sopranos" in 2004. Buscemi also starred in "Boardwalk Empire." He won a Golden Globe Award for Best Actor for his role in that show.  In addition to acting in feature films, Buscemi also directed episodes of "Homicide: Life on the Street;" "The Sopranos," "Oz," "30 Rock, "Nurse Jackie," which starred his "Sopranos" castmate Edie Falco.

In 2020, Buscemi appeared in the Pete Davidson biopic, "The King of Staten Island." Directed by Judd Apatow, the film is based on 26-year-old Pete Davidson's life. Buscemi appears alongside Marisa Tomei, Bill Burr, Maude Apatow, and Bel Powley. 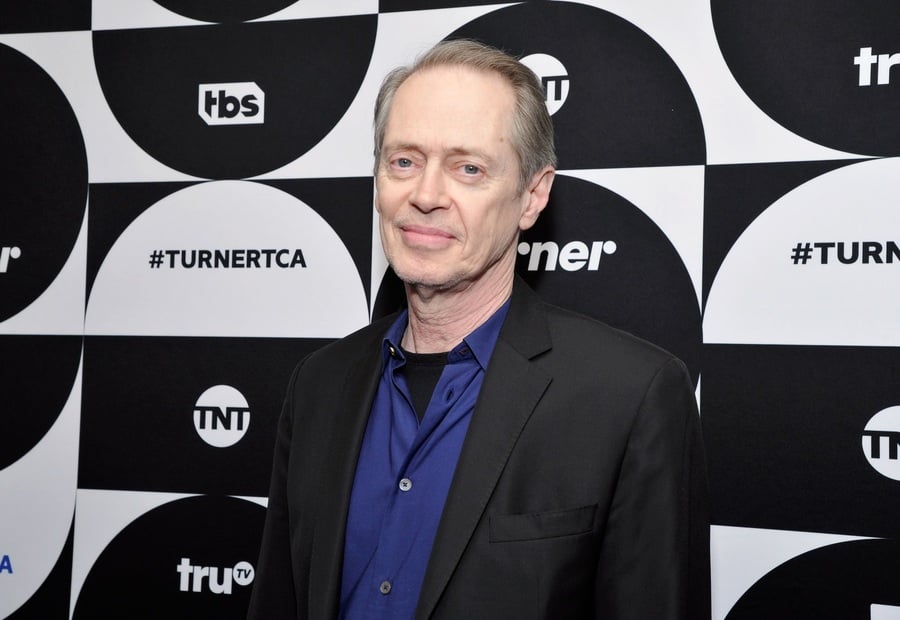 Personal Life: Buscemi met artist and choreographer Jo Andres in 1983, they were neighbors. Buscemi had a crush on her and would run out to walk his dog when she was on her way to or from work. That tactic worked—but little did Buscemi know at the time that she had seen his face on posters advertising  his experimental comedy duo "Steve and Mark." She told her friend "I'm gonna snag that guy." The couple married in 1987. Jo was diagnosed with ovarian cancer in 2015. She went through chemotherapy. She was in remission for a while. Then it came back in 2017. Buscemi and Andres were married until her death in early January 2019. She was 65.  They have one son, Lucien, an actor and musician born in 1990. About her death, he told GQ: ""It's been over a year now since Jo passed, and I'm just starting to feel lighter," he says. "It is very strange that, oh, now this is happening. If it was another personal thing, I think that would be really hard." Thank you author Gabriella Paiella for the GQ profile on Buscemi.

Steve Buscemi was born on Friday the 13th.

In 1986, after appearing in the movie "Parting Glances," as a gay man dying of AIDS, he took a temporary leave from the fire department. That leave ended up being permanent.

Buscemi's crooked smile has helped him portray lowlifes, criminals, and losers throughout his career. Dentists have offered to fix the actor's teeth, but he always turns them down, as his sinister smile is part of his brand.

After his character was killed on "The Sopranos," he made a promise to himself that he would stop taking on roles where he was murdered. In a March 2020 interview with GQ, he said: "Where does it go after you get killed by Tony Soprano? That should be the cutoff."

In April 2001, Buscemi was in Wilmington, North Carolina, shooting the film "Domestic Disturbance." He was stabbed multiple times after intervening in a bar fight at the Firebelly Lounge between Vince Vaughn, screenwriter Scott Rosenberg, and two local men. The two local men allegedly picked the fight after one of their girlfriends started talking to Vaughn. The fight occurred around 2 am, and was broken up by police. Buscemi was stabbed in the jaw, throat, above one of his eyes and in his arm. He was treated at a local E.R. and released. Timothy Fogerty, then 21, was charged with assault with a deadly weapon and intent to kill. While he was being handcuffed, two more local Wilmington men attacked Vaughn and Rosenberg again. They were arrested. NOTE TO PEOPLE: of course a girlfriend would want to approach a movie star. The boyfriend's response was uncalled for and could have resulted in life-threatening injuries to Buscemi, Vaughn, and Rosenberg.

After September 11, 2001, Buscemi returned to Engine Co. 55 and worked 12-hour shifts alongside other firefighters to sift through the rubble of the World Trade Center for several days. In 2003, at a union rally, he gave a speech supporting higher wages for firefighters. In 2014 he was appointed an Honorary Battalion Chief of the FDNY.

Buscemi grew up pronouncing his name as boo-SEM-ee. In Sicily, where his ancestors are from, it is pronounced as boo-SHEM-ee. He once remarked, "I had to go to Sicily to find out I pronounce my name wrong."

Real Estate: In 2009, Steve Buscemi listed his three-bedroom, three-bathroom home in Los Angeles above the Sunset Strip for $6.25 million. Most of the rooms in the home look over the pool and a grassy lawn with an unobstructed view of Los Angeles and the Pacific Ocean. Buscemi renovated and expanded the house while he owned it. 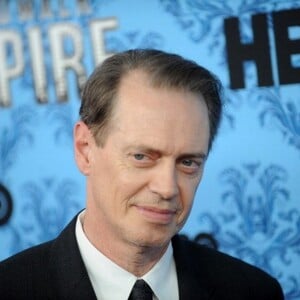