What is Steve Burton's net worth and salary?

Steve Burton is an American actor who has a net worth of $3 million dollars. Steve is best known for playing the role of Jason Morgan on the soap opera "General Hospital" and as Dylan McAvoy on "The Young and the Restless."

Born in Indianapolis, Indiana, Steve Burton grew up in Cleveland, Ohio, and Beverly Hills, California After graduating from Beverly Hills High School Steve and began acting in the late 80s, co-starring on the television show "Out of This World".

He then made the transition to daytime drama, appearing on the hit soap opera, "General Hospital" from 1991-2000, then briefly in 2001, and then again from 2002 to 2012. He also starred on the soap's spin-off production, "General Hospital: Night Shift".

In addition to his work on "General Hospital", he has also appeared in the films, "CyberTracker" and "CyberTracker 2", and in the mini-series, "Taken". He also provides the voice of Cloud Strife in the "Final Fantasy" and "Kingdom Hearts" videogame series. In 2013, he began appearing as Dylan McAvoy on "The Young and the Restless".

Steve Burton was married to Sheree Gustin from 1999 to 2022. They had three children together. 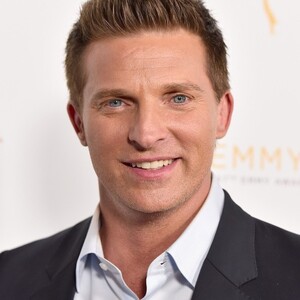