Steve Bacic Net Worth: Steve Bacic is a Canadian actor who has a net worth of $2 million. Bacic is best known for playing the role of Telemachus Rhade on the TV series Gene Roddenberry's Andromeda.

Steve Bacic was born in Lisicic, SR Croatia, Yugoslavia in March 1965. Steve was raised in Windsor, Ontario, Canada. He started taking acting classes and met Ethan Hawke. Bacic has over 100 acting credits to his name. He appeared in the TV series 21 Jump Street in 1991 and Street Justice form 1991 to 1992. Steve's feature film debut came in the 1993 movie Another Stakeout. He had a recurring role in the TV series Stargate SG-1 from 2000 to 2004. His best known role came starring as Telemachus Rhade in the series Andromeda from 2000 to 2005. From 2008 to 2009 Steve starred as Miro Da Silva in the TV series The Guard. He starred as Pavel Korkov in the series Cra$h & Burn from 2009 to 2010 and as Goran in the series Big Love from 2010 to 2011. Since 2013 he has starred as Inspector Craig Smallwood in the series Republic of Doyle and in 2014 he starred as Charles Spurlock in the series When Calls the Heart. Bacic was nominated for Leo Awards for Best Lead Performance by a Male in a Dramatic Series for The Guard in 2008 and 2009. 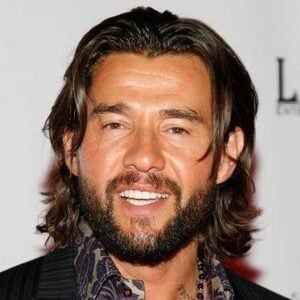