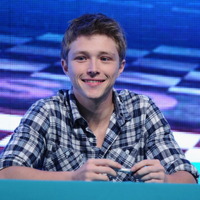 Sterling Knight Net Worth: Sterling Knight is an American actor, singer/songwriter and musician who has a net worth of $2 million dollars. Born March 5, 1989 in Hilton Head Island, South Carolina, he is best known for his roles in 17 Again, So Random! and Disney Channel's Original Movie Starstruck. He also performed the title song from the movie Starstruck. He began his career on stage in local productions, making his acting debut in minor roles in Calm, Career Day and Hi-Jinks. His first Disney appearance was in 2007 in a Hannah Montana episode, playing Lily's boyfriend. Later that same year he appeared in two episodes of the television series The Closer. In 2009, he played Chad Dylan Cooper in Sonny with a Chance, in which he also recorded two of the soundtrack songs, Hanging and How We Do This. He has appeared in roles on Grey's Anatomy and Out of Jimmy's Head. In 2013, he was a guest star on Melissa & Joey and appeared again later in 2014 during their 4th season. Knight was nominated for two awards in 2010: the Teen Choice Awards in the Actor Comedy category for his work in Sonny with a Chance and the Hollywood Teen TV Awards in the Teen Pick Actor: Comedy category—Knight won the Hollywood Teen Award. He was also nominated for a People's Choice Award in the category of Favorite Family TV Movie for Starstruck.