Sterling K. Brown net worth and salary: Sterling K. Brown is an American actor who has a net worth of $10 million. Sterling K. Brown was born in St. Louis, Missouri. He received a master's degree from the Tisch School of the Arts at New York University. From 2002 to 2004 Brown had a recurring role as Officer Dade in the television series Third Watch. In 2005 he starred as Adam Williams in the TV series Starved. Brown had a recurring role as Gordon Walker in the series Supernatural from 2006 to 2007. From 2012 to 2013 he starred as Detective Cal Beecher in the television series Person of Interest. He achieved widespread fame after starring as Roland Burton in the TV series Army Wives from 2007 to 2013. Starting in 2016 Sterling K. Brown began appearing as Randall in the smash hit NBC series This Is Us. In the same year he appeared as Christopher Darden in the series The People v. O.J. Simpson: American Crime Story. He ended up winning a Primetime Emmy Award for Outstanding Supporting Actor in a Limited Series for playing Christopher Darden. 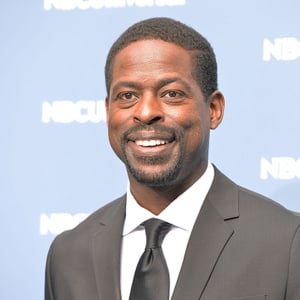