Stephen Root Net Worth and salary: Stephen Root is an American actor who has a net worth of $6 million. Stephen Root was born in Sarasota, Florida in November 1951. He attended University of Florida and trained in the BFA Acting program. Stephen has also 200 acting credits to his name.

His first role was in the film Crocodile Dundee II in 1988. From 1993 to 1994 he starred in the TV series Harts of the West. One of his best known roles came as Jimmy James in the series NewsRadio from 1995 to 1999. Root starred as Gene in the TV series Ladies Man from 1999 to 2001. He has also starred in the movies Get Out, Ghost, Buffy the Vampire Slayer, Dave, RoboCop 3, Office Space as Milton Waddams, Bicentennial Man, O Brother, Where Art Thou?, The Country Bears, Raising Genius, The Lady Killers, Jersey Girl, Dodgeball: A True Underdog Story, Surviving Christmas, Just Friends, Idiocracy, No Country for Old Men, Drillbit Taylor, The Men Who Stare at Goats, J. Edgar, and The Lone Ranger. He has lent his voice to Ice Age, Finding Nemo, Rango, Kung Fu Panda: Legends of Awesomeness, Batman: The Brave and the Bold, King of the Hill, American Dad!, and Kim Possible. 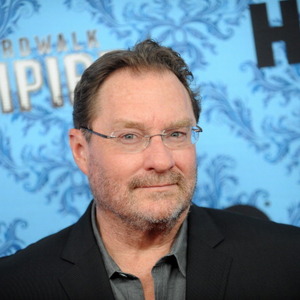