Stephen Nichols net worth: Stephen Nichols is an American actor who has a net worth of $8 million dollars. Stephen Nichols was born in Cincinnati, Ohio in February 1951. From 1997 to 2003 he starred as Stefan Cassadine on the soap opera General Hospital. Nichols starred as Tucker McCall on the soap opera The Young and the Restless from 2010 to 2013. Since 1985 he has starred as Steve Johnson on the soap opera Days of Our Lives, appearing in more than 1,000 episodes. Stephen Nichols has also had recurring roles on the TV series Dallas, Around the World in 80 Days, 2000 Malibu Road, Santa Barbara, Second Chances, and Empty Nest. In 1988 he won a Daytime Emmy Award for Outstanding Lead Actor in a Drama Series for Days of Our Lives. Nichols has also won Soap Opera Digest Awards for Outstanding Actor in a Supporting Role on a Daytime Serial in 1986, Outstanding Actor in a Leading Role: Daytime in 1998, Favorite Super Couple: Daytime in 1989, and Outstanding Hero: Daytime in 1989 for Days of Our Lives. 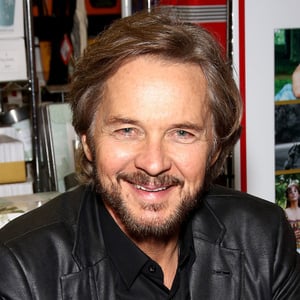