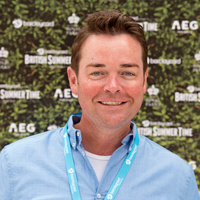 Stephen Mulhern net worth: Stephen Mulhern is a British presenter, performer, and former magician who has a net worth of $3 million dollars. Stephen Mulhern was born in Minehead, Somerset, England, and grew up learning magic tricks from his father. He became fascinated with magic, and subsequently became a member of The Magic Circle, and began performing magic on television. He has toured with his own magic shows for a number of years, as well as appearing on various television specials and in major theater variety performances as a magician. He is most widely recognized for his presenting and hosting work for such programs as "Finger Tips", "Tricky TV", "Holly & Stephen's Saturday Showdown", "Dancing on Ice: Defrosted", "Britain's Got More Talent", "The Hub", "The Big Quiz", "Big Star's Little Star", "Sunny Side Up", and "Catchphrase". He narrated, "Animals Do the Funniest Things", from 2009-2011. He is also the co-host of the radio program, "Sunday Breakfast" on Heart Network radio.