What is Stephen Moyer's net worth and salary?

Stephen Moyer is a British actor who has a net worth of $10 million. Stephen Moyer is probably best known for playing the vampire Bill Compton on the HBO series "True Blood." Before this, he was in a television adaptation of the play "Conjugal Rites," and starred in the television film "Lord of Misrule." Among Moyer's other credits are the television series "The Grand," "NY-LON," "Lilies," and "The Gifted," and the films "Prince Valiant," "Quills," "The Caller," and "Concussion."

Stephen Moyer was born as Stephen Emery in 1969 in Brentwood, Essex, England. As a child, he attended St Martin's, a comprehensive coeducational school. Later on, he graduated from the London Academy of Music and Dramatic Art. Subsequently, he worked in theater for five years, including with the National Theatre Wales, the Oxford Stage Company, and the Royal Shakespeare Company. During this time, he went on tour and performed as Romeo in productions of Shakespeare's "Romeo and Juliet."

In 1993, Moyer made his screen-acting debut on the British sitcom "Conjugal Rites," which was based on the eponymous play by Roger Hall. Moyer played the main role of Philip Masefield opposite costars Gwen Taylor, Michael Williams, and Cordelia Bugeja. He followed this with a role on the 1995 series "Castles," and then with a part in the television film "Lord of Misrule."

In the latter half of the 90s, Moyer was in episodes of several British series, including "A Touch of Frost," "Ultraviolet," "Midsomer Murders," and "Cold Feet." He also had a main role on the first season of "The Grand." Later, in the early 2000s, Moyer mostly appeared in television films and miniseries. These included "The Secret"; the romantic adventure "Princess of Thieves," starring Keira Knightley; the Holocaust drama "Uprising"; and the dramas "Menace," "Perfect," and "Entrusted." In 2004, Moyer had a starring role opposite Rashida Jones on the British series "NY-LON," about a transatlantic romance. Following this, Moyer was in episodes of "Waking the Dead" and "Casualty," appeared in the USA Network miniseries "The Starter Wife," and had a main role on the British period drama "Lilies."

Moyer's biggest role came in 2008, when he was cast as vampire Bill Compton on HBO's fantasy horror series "True Blood." Costarring Anna Paquin, Sam Trammell, and Ryan Kwanten, among others, the series was a major success, running for seven seasons through 2014. During this time, Moyer also appeared in the miniseries "Ice" and on the live television musical special "The Sound of Music Live!" Later, he had a main role on the short-lived FX historical drama "The Bastard Executioner," starred in the ten-part miniseries "Shots Fired," and was in the second season of the British crime drama "Safe House." In 2017, Moyer starred in the lead role of Reed Strucker on the Fox series "The Gifted," which was loosely based on the "X-Men" film series. The show was canceled after two seasons. 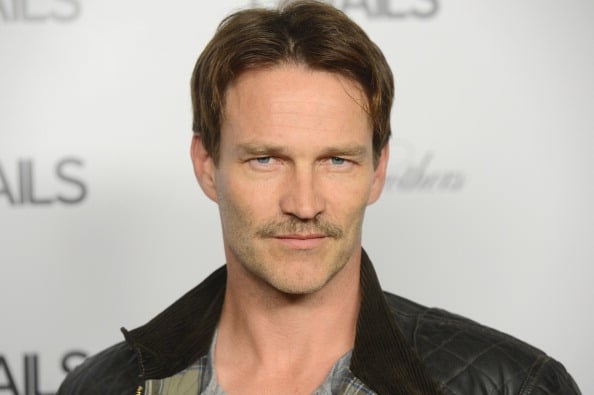 Moyer made his feature film debut starring as the titular character in "Prince Valiant," which was adapted from the long-running comic strip of the same name. He was subsequently in "Comic Act" and the period drama "Quills," the latter of which starred Geoffrey Rush, Joaquin Phoenix, and Kate Winslet. Later credits in the 2000s include the British science-fiction film "Trinity"; the action film "Deadlines"; the drama "Undiscovered," which was a critical and commercial flop; the Al Pacino thriller "88 Minutes"; and the Australian thriller "Restraint," costarring Teresa Palmer and Travis Fimmel.

Moyer began the 2010s with a cameo appearance in "Open House," directed by and starring his "True Blood" costar and wife Anna Paquin. He then had three films in 2011: the action horror film "Priest," with Paul Bettany and Karl Urban, the supernatural horror film "The Caller," costarring Rachelle Lefevre, and the spy film "The Double," with Richard Gere, Topher Grace, and Martin Sheen. Subsequent credits have included the horror film "The Barrens," the crime thriller "Evidence," the Will Smith biographical sports drama "Concussion," the British thriller "Detour," and the crime film "The Hatton Garden Job," based on a real-life burglary conducted by four elderly men. In 2018, Moyer went behind the camera to direct and produce "The Parting Glass," an American-Canadian drama starring Ed Asner, Rhys Ifans, Anna Paquin, Cynthia Nixon, and Melissa Leo. The film, which premiered at the Edinburgh International Film Festival, represented Moyer's feature directorial debut.

Moyer was in a seven-year relationship with journalist Lorien Haynes, with whom he had a daughter. He also has a son, Billy, from his first marriage. In 2007, Moyer started dating actress and costar Anna Paquin while filming the "True Blood" pilot. Playing love interests on the show, the two got engaged in 2009, and married in 2010 in Malibu. Together, Moyer and Paquin have boy-girl fraternal twins named Charlie and Poppy.

Moyer has been vocal about his struggles with alcoholism in the past. In 2015, he revealed that he had maintained sobriety for 14 years, and that his addiction was rooted in the harmful habits common in British theatre.

In 2010 Anna and Stephen paid $1.2 million for a small house in Venice, California. The couple proceeded to commission environmental architect David Hertz to build a 5-bedroom, 7,000 square-foot home. Part of the home's exterior is made from benches that were used for decades at the Hollywood Bowl.

Anna and Stephen listed the home fore sale in July 2020 for $14 million. Hence the home's nickname, "The Hollywood House."

As of this writing the home is still for sale, at a slightly reduced price of $12.5 million. The property is one block from the beach and has incredible views from the roof-deck. The home boasts living spaces on the bottom and top floors, with bedrooms located in between. On the third floor, a kitchen opens up to a banquette dining area, as well as a large rooftop deck with ocean views. 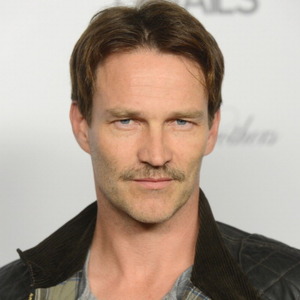