How much is Stephen Mangan Worth?

Stephen Mangan Net Worth: Stephen Mangan is an English actor who has a net worth of $4 million dollars. Born May 16, 1968 in Ponders End, London, England, he is best known for his roles as Guy Secretan in the British television sitcom Green Wing, as Dan Moody in I'm Alan Partridge, as Sean Lincoln in Episodes and as holistic detective Dirk Gently in Dirk Gently. Mangan is an acclaimed stage actor. He was nominated for a Tony Award for his portrayal of Norman in The Norman Conquests on Broadway and won the 2014 Olivier Award for Best Comedy as Bertie Wooster in Jeeves and Wooster in Perfect Nonsense at the Duke of York's Theatre. Mangan was the host of the Evening Standard British Film Awards for four years (between 2009-2013) and in 2014 he returned to host the British Academy Television Craft Awards in London for a third time. He is also a voiceover artist and has recorded the role of Cloten in Shakespeare's Cymbeline for the Arkangel Shakespeare audiobook series (directed by Clive Brill). In 2013, he played Alastair Caldwell in actor/director Ron Howard's film Rush and in 2014 he voiced the title role of Postman Pat: The Movie, a British 3D computer-animated comedy film. Mangan is married to actress Louise Delamere and they have two sons, Harry (2007) and Frank (2010). 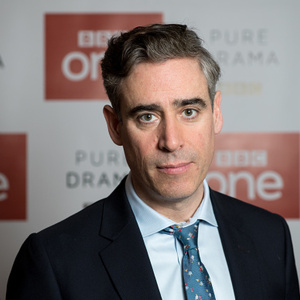