Stephen Lang Net Worth: Stephen Lang is an American actor and playwright who has a net worth of $5 million dollars. Born July 11, 1952 in New York City, New York, he is widely known for his film roles in Gods and Generals (2003) and his lead role in James Cameron's Avatar (2009). He was nominated for a Tony Award for his lead role in The Speed of Darkness and his role in the film Last Exit to Brooklyn (1989) was widely acclaimed, but its limited release prevented the film from reaching the wide audience it needed to be truly successful. He is the winner of dozens of theatre awards, including the Drama Desk and Helen Hayes awards. His television credits between 1986 and 2014 include roles in Crime Story, The Fresh Prince of Bel-Air, The Outer Limits, The Fugitive, Ed, Law & Order: SVU, Law & Order: Criminal Intent, Psych, Salem and others. Between 1985 and 2014 he appeared in well over 40 films. Lang attended a Quaker boarding school (high school) in Newton, Pennsylvania and went on to graduate from Swarthmore College (a private liberal arts college in Swarthmore, Pennsylvania) in 1973 with a degree in English Literature. On May 30, 2010, he was awarded an Honorary Degree from College by his alma mater for his distinguished career in theatre, television and film. Lang has been married to costume designer Kristina Watson since June 1, 1980. Together they have four children. 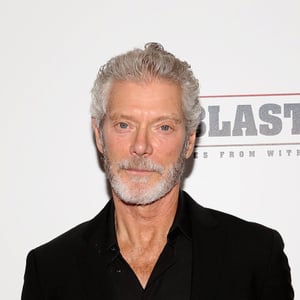