How much is Stephen Kramer Glickman Worth?

Other notable roles include the movies "Big Time Christmas", "The 41-Year-Old Virgin Who Knocked Up Sarah Marshall and Felt Superbad About It", "Big Time Audition", "Big Time Concert", "Big Time Single", "Big Time Movie", and "30 Nights of Paranormal Activity with the Devil Inside the Girl with the Dragon Tattoo". Glickman has appeared as a contestant on the TV series "BrainSurge", a panelist on the series "Figure It Out", and a judge on the series "Cupcake Wars".

In 2018, Glickman reportedly signed a potentially lucrative deal with retail outlet Hot Topic to create a line of shirts featuring different style cartoons of his likeness.

He also hosts a podcasts called "The Night Time Show" that is one of the 10 most-popular podcasts on iheartradio and Spotify. In October 2019, Seventeen.com named it one of the best celebrity podcasts. Notable guests have included Marcia Gay Harden, DJ Paul and The Office cast reunion 2019. 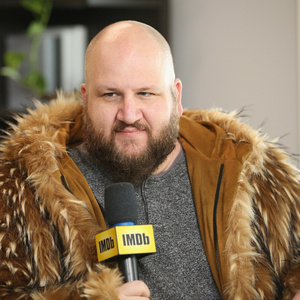