How much is Stephen Graham Worth?

Stephen Graham net worth: Stephen Graham is a British actor who has a net worth of $5 million dollars. Stephen Graham was born in Kirkby, Merseyside, England, and began his professional acting career in the early 90s. He is known for his facility with accents and his character work. He made his debut in the television series, "Children's Ward" in 1990, and then went on to steady work in both film and television projects in the UK and Hollywood. He first made a name for himself appearing in such British series as "Heartbeat", "The Lakes", "Where the Heart Is", "Liverpool 1", "The Bill", and "Coronation Street". In 2000, he began adding film work to his resume, co-starring in the hit film, "Snatch". He also appeared in such films as "Blow Dry", "Gangs of New York", "The I Inside", "Inkheart", "Doghouse", and "Pirates of the Caribbean: On Stranger Tides". He is most widely recognized for his award-winning work as Al Capone on the series, "Boardwalk Empire". 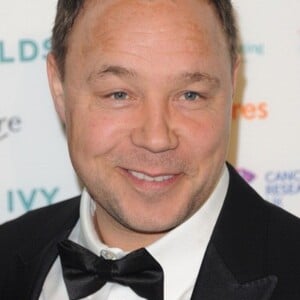