Stephen Dillane Net Worth: Stephen Dillane is an English actor who has a net worth of $6 million. Born November 30, 1956 in Kensington, London, England, Stephen Dillane is best known for his roles as Leonard Woolf in The Hours; as Glen Foy in Goal!; as Stannis Baratheon in Game of Thrones; as American politician Thomas Jefferson in the HBO miniseries John Adams, a role which garnered a Primetime Emmy Nomination for Outstanding Supporting Actor in a Miniseries or Movie.

Dillane also won a Tony Award for his lead performance in the Tom Stoppard play The Real Thing. His other theater credits are such notable roles as the character Archer in The Beaux' Stratagem (1989); as Prior Walter in Angels in America (1993); as Hamlet (1994); as Clov in Endgame (1996); as Uncle Vanya (1998); in a one-man version of Macbeth (2005) as well as others. His best known on-screen performance may well be his portrayal of Horatio in the 1990 film adaptation of Hamlet. In 2012, Dillane starred in a British independent film called Papadopoulos & Sons, playing a successful entrepreneur (Harry Papadopoulos) who rediscovers his life after being forced to start life again from nothing following a banking crisis. Dillane has two sons, Seamus and Frank, with actress Naomi Wirthner. Frank is also an actor and best known for his role as teenager Voldemort in the film adaptation of Harry Potter and the Half-Blood Prince. 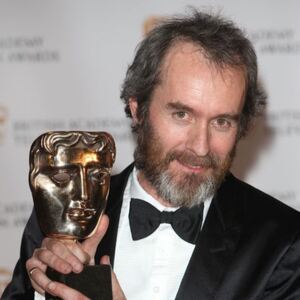