Born in New York, Zimbalist moved to Los Angeles with her family and started quickly started her acting career. From a young age, she started appearing in films, including The Triangle Factory Fire Sandal (1978), The Awakening (1980) and The Best Place To Be (1979). Zimbalist also made appearances in several TV series including NBC's 1980 program Remington Steele, starring alongside Pierce Brosnan and Doris Roberts. She took the lead role in the Emmy award-winning TV film Caroline (1990). In theater, Zimbalist is a regular in California's Rubicon Theater, winning the Robby Awards for her performance in The Rainmaker in 2001. Throughout the nineties, Zimbalist continued to be a regular in the theater world, mainly featuring in plays about 19th century artists. In 2009 she appeared in a one-woman play, portraying the iconic Audrey Hepburn, in Tea at Five. Zimbalist is also an award-winning author, receiving a Listen Up award for her audio books, The Girls and the Queen. 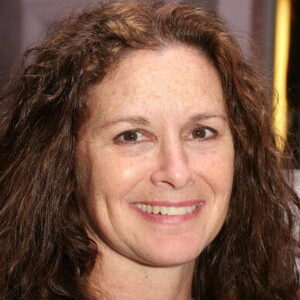