How much is Stephanie Sigman Worth?

Stephanie Sigman net worth: Stephanie Sigman is a Mexican actress who has a net worth of $2 million. Stephanie Sigman was born in Ciudad Obregon, Sonora, Mexico in 1987. From 2013 to 2014 she starred as Eva in the television series The Bridge. In 2015 Sigman stars as Valeria Velez in the TV series Narcos. She made her feature film debut in the movie Rio de oro in 2010 and starred as Laura Guerrero in the movie Miss Bala in 2011. She starred in the movies Morelos in 2012, Pioneer in 2013, and Alicia en el pais de Maria in 2014. In 2015 Sigman was cast in the upcoming James Bond movie Spectre and she will become the second Mexican actress to play a Bond girl. She also starred in the 2014 Arctic Monkeys music video "Snap Out of It". 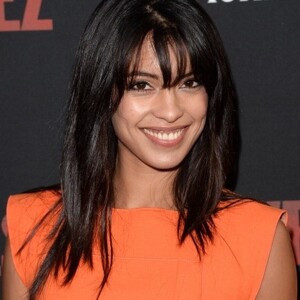