Stephanie March net worth: Stephanie March is an American actress who has a net worth of $4 million dollars. Stephanie March was born in Dallas, Texas in 1974 and began appearing in school plays while in high school. She went on to attend Northwestern University and graduated with degrees in Theater and Hispanic Studies.

She began her professional acting career onstage, appearing in the Broadway production of Death of a Salesman. From there, she went on to film and television work, as well as additional roles on Broadway. She has appeared in several films, including Head of State, Mr. & Mrs. Smith, Flannel Pajamas, The Treatment, The Invention of Lying. On television, she has played guest-starring and supporting roles on hit shows like Early Edition, 30 Rock, Grey's Anatomy, Rescue Me, Happy Endings. She is most widely recognized for her co-starring role as ADA "Alexandra Cabot" on Law and Order: Special Victims Unit. March became a celebrity ambassador to World of Children Awards in January 2010. Additionally, she serves as a board member for Safe Horizon, an organization that provides support, prevents violence, and promotes justice for victims of crime and abuse. Stephanie March was married to famous chef, Bobby Flay, from 2005 to 2015 when the couple filed for divorce after rumored infidelity on the part of Flay. She has appeared on four of Flay's Food Network shows-Boy Meets Grill, Grill It! with Bobby Flay, Iron Chef America, and Throwdown with Bobby Flay-as a guest judge. March remarried in 2017 and in 2016 she authored an essay that detailed how she underwent breast augmentation surgery and then had the implants removed due to infection. 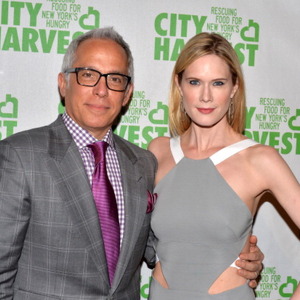