Stephanie Jacobsen Net Worth: Stephanie Jacobsen is a Hong Kong-born Australian actress who has a net worth of $5 million dollars. Born June 22, 1980 in Hong Kong, her family moved to Australia when Jacobsen was 12 years old. She graduated from the University of Sydney with a double-major Bachelor of Arts in English literature and philosophy.

She began her career in the SBS comedy series Pizza. Between 2001 and 2002 she played Charlotte Adams on the Australian soap opera Home and Away and appeared on the Australian science fiction series Farscape, as well as on various television commercials. In 2007, she was cast as Kendra Shaw in Battlestar Galactica: Razor and also played a role in the original pilot of the American television show Life on Mars. In 2008, she landed a part on the FOX series Terminator: The Sarah Connor Chronicles, as well as the role of Yoshi in The Devil's Tomb. In 2009, she was cast on The CW's remake of Melrose Place in the role of medical student Lauren Yung. In 2010, she appeared in the science fiction film Quantum Apocalypse and the next year she made a cameo appearance in a Two and a Half Men episode, playing character Charlie's former gal pal Penelope. 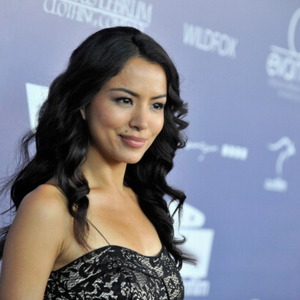