Stephanie Beatriz net worth: Stephanie Beatriz is an Argentine American actress who has a net worth of $2 million. She is most well known for starring as Detective Rosa Diaz on the television series Brooklyn Nine-Nine.

Stephanie Beatriz was born in Neuquen, Neuquen, Argentina in February 1981. Her first acting credit came in an episode of the television series The Closer in 2009. Beatriz has provided voice roles for TV series including Human Discoveries, BoJack Horseman, Twelve Forever, and Bob's Burgers. She has also provided voicework for the movies Ice Age: Collision Course and The Lego Movie 2: The Second Part. In 2013 she began starring as Rosa Diaz on the series Brooklyn Nine-Nine. Stephanie Beatriz appeared in the films Short Term 12, You're Not You, Pee-wee's Big Holiday, Half Magic, and The Light of the Moon which she also executive produced. In 2018 she won an Imagen Award for Best Supporting Actress – Television for Brooklyn Nine-Nine. 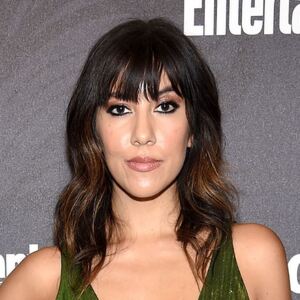