Stephan James net worth: Stephan James is a Canadian actor who has a net worth of $3 million. He is perhaps best known for starring as Jesse Owens in the film Race.

Stephan James was born in Toronto, Ontario, Canada in December 1993. He made his acting debut in 2010 and had recurring roles on the TV series Clue as Dmitri from 2010 to 2011 and on the television series Degrassi: The Next Generation as Julian Williams from 2010 to 2012. In 2012 he had a recurring role as Infinite Jest on the series The L.A. Complex. James starred as Preston Terry on the television series Shots Fired in 2017. In 2018 he began starring as Walter Cruz on the TV series Homecoming and in 2020 he starred on the series #Freerayshawn as Rayshawn. James starred as Everton St. Clair in the movie Home Again and was nominated for a Canadian Screen Award for Performance by an Actor in a Supporting Role. He was nominated for a Black Reel Award for Outstanding Breakthrough Performance, Male for starring as John Lewis in the movie Selma. Stephan James won a Canadian Screen Award for Best Actor and was nominated for an NAACP Image Award for Outstanding Actor in a Motion Picture for starring as Jesse Owens in the film Race. 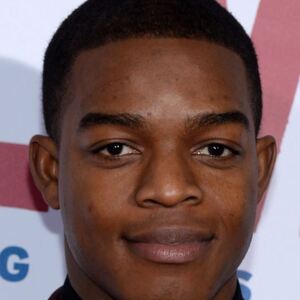