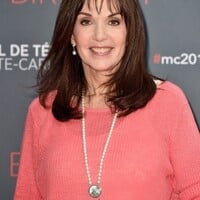 Stepfanie Kramer Net Worth: Stepfanie Kramer is an American actress, writer, and singer-songwriter who has a net worth of $2 million. Stepfanie Kramer was born in Los Angeles, California in August 1956. She is best known for her role as Sgt. Dee Dee McCall on the TV series Hunter. She first appeared in an episode of the TV series Starsky and Hutch in 1977. In 1979 she had a recurring role as Sharon Kelly in the television series Married: The First Year. Kramer starred as Claudia in the series We Got It Made from 1983 to 1984. From 1984 to 1990 she starred as Det. Sgt. Dee Dee McCall in the TV series Hunter. Kramer reprised the role in the series Hunter in 2003. She has also appeared in episodes of the TV series Eight is Enough, The Hardy Boys/Nancy Drew Mysteries, The Secret Empire, The Runaways, Fantasy Island, Vega$, Dynasty, Bosom Buddies, Knots Landing, Trapper John, M.D., The Dukes of Hazzard, Riptide, The A-Team, CSI: Crime Scene Invitation, and The Secret Circle. Kramer has won three First Americans in the Arts Awards for Outstanding Lead Performance by an Actress in a TV Movie. She was nominated for a Daytime Emmy Award in 1985 for Outstanding Special Class Program for Macy's Thanksgiving Day Parade. Kramer was voted one of the most beautiful women in television in 1988 by TV Guide viewers.