Stellan Skarsgard net worth: Stellan Skarsgard is a Swedish actor who has a net worth of $50 million. Stellan Skarsgard is one of Scandinavia's best-known and well-established performers. Skarsgard became known to American audiences only after he landed the roles in two consecutive dramas 1996's Breaking the Waves and 1997's Good Will Hunting. Other movies, which only boosted his international acting career, include Pirates of the Caribbean: Dead Man's Chest (2006), Pirates of the Caribbean: At World's End (2007), The Girl With the Dragon Tattoo, Thor (2011), and The Avengers (2012).

Early Life: Stellan John Skarsgard was born in Gothenburg, Sweden on June 13, 1951. The son of Gudron and Jan Skarsgard, the family moved all around Sweden often Stellan's childhood and lived among many other places in Helsingborg, Totebo, Kalmar, Marielund, and Uppsala.

Acting Career: While perhaps still not a household name to all audiences in the States, Skarsgard has hundreds of movie and film credits to his name, as well as loads of awards and nominations under his belt. He began his acting career early, in 1968, and by the age of 21 his experience in film, TV, and stage was already staggering. Many of his roles were in Swedish TV, such as "Bombi Bitt," and films. In 1981, he played roles in the mini-series "Skärp dig, älskling" and "Babels hus." The following year, the actor was cast in the Swedish drama flick "The Simple-Minded Murderer." Soon after this, he appeared in the movies "Åke och hans värld" and "Falsk som vatten."

Of his work in Swedish films, he is well known for portraying Swedish diplomat Raoul Wallenberg in "Good Evening, Mr. Wallenberg." Skarsgard is well associated with director Lars von Trier and has appeared in six of his feature films: "The Kingdom," "Breaking the Waves," "Dancer in the Dark," "Dogville," "Melancholia," and "Nymphomaniac." He's also worked closely over the years with Norwegian director Hans Petter Moland, who has directed Skarsgard in "Zero Kelvin," "Aberdeen," "In Order of Disappearance," and "A Somewhat Gentle Man." The two are close friends, and Skarsgard has said of their fond relationship: "We're like an old married couple and I get separation anxiety."

Skarsgard is also well known for his role of Jonas Engstrom in the 1997 Norwegian film "Insomnia." His first American film was in 1985's "Noon Wine," directed by Michael Fields. He starred in another American film in 1990, "The Hunt for Red October." Skarsgard made waves with his role in the hugely popular and critically acclaimed film "Goodwill Hunting" when he played Professor Gerald Lambeau. 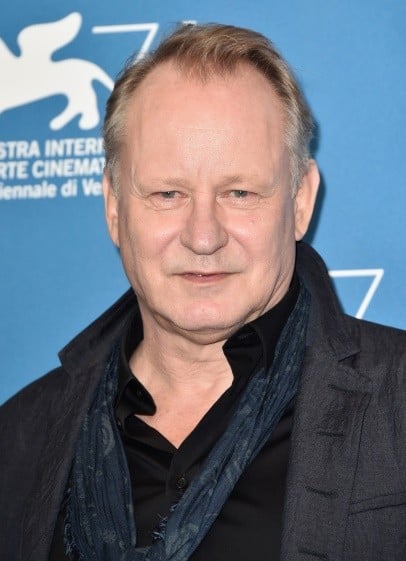 Skarsgard was considered for the lead role of Oskar Schindler in "Schindler's List," but lost to Liam Neeson, his lookalike that people often mistake him for. (Skarsgard later went on to replace Neeson in 2004's "Exorcist: The Beginning." Skarsgard appeared as a guest star on the HBO series "Entourage" shortly after. In 2002, Skarsgard won Best Actor at the Mar del Plata Film Festival for his role in "Taking Sides." He appeared in both "Pirates of the Caribbean: Dead Man's Chest" and "Pirates of the Caribbean: At World's End." In 2008, he starred as Bill Anderson in the super popular "Mamma Mia!" and went on to reprise his role in the sequel ten years later. He played roles in the movies "Angels & Demons" in 2009 and "A Somewhat Gentle Man" in 2010.

In 2011, he played Dr. Erik Selvig in Marvel's 2011 "Thor," and then reprised the role in 2013 for the sequel "Thor: The Dark World." In 2021, Skarsgard was awarded the Career Achievement Award at the Jameson Dublin International Film Festival. Skarsgard also appeared in 2012's "The Avengers" and 2015's "The Avengers: Age of Ultron." He teamed up yet again with "Thor" director Kenneth Branagh for the 2015 live-action adaptation of Disney's "Cinderella," playing The Grand Duke. Also in 2015, he played John River in the TV series "River." Two years later, he starred in the flick "Borg McEnroe."

In 2019, he appeared in five episodes of HBO's "Chernobyl," for which he was nominated for a Primetime Emmy for Best Outstanding Supporting Actor in a Limited Series, a British Academy Television Award for Best Supporting Actor, as well as a Satellite Award nod. He is slated to star as villain Vladimir Harkonnen in Denis Villeneuve's 2021's "Dune" adaptation. He is also slated to star in the upcoming television series "Andor," a prequel to the "Star Wars" film "Rogue One," on which filming was delayed extensively by the Covid 19 pandemic.  In addition to film and television work, Skarsgard has appeared in several music videos alongside fellow Swedes, including Eva Dahlgren's video for "Vem tänder stjärnorna" (Who Lights the Stars) in 2009 and in Lykke Li's 2011 music video for "Sadness is a Blessing."

Other Work: In addition to acting, Stellan also owes his fortune to smart stock investments, property holdings, as well as lucrative endorsement deals with CoverGirl cosmetics. He has generated an enormous amount of wealth thanks to his Stockholm restaurants, his Football Team called Gothenburg Angels, his own brand of Vodka, as well as his With Love from Stellan perfume and a fashion line called Stellan Skarsgård Seduction.

Personal Life: He is married to physician My Skarsgard. The two were married in April 1975 and together they have six children, most of whom are actors: Alexandar (of "True Blood" and "Big Little Lies" fame, Gustaf (of "Westworld" fame,) Sam, Bill, Eija, and Valter. Skarsgard and My divorced in May 2007. Stellan married Megan Everett in January 2009 and the couple had two sons. In an interview, Skarsgard stated he had a vasectomy and said that he "felt eight children was enough." 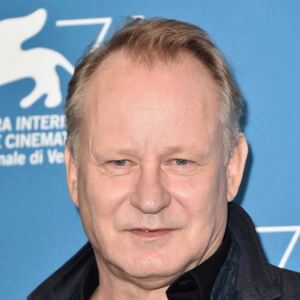