Stefanie Powers net worth: Stefanie Powers is an American film and television actress who has a net worth of $9 million. Stefanie Powers has earned her net worth from acting in roles such as Jennifer Hart in the 1980's the American television series Hart to Hart, which co-starred actor Robert Wagner. She was born on November 2, 1942 in Hollywood, California and is of Polish descent. Powers attended Hollywood High School where one of her classmates was Nancy Sinatra. She started her career in the 1960's with several movies such as "Experiment in Terror" with Glenn Ford and Lee Remick, the comedy "If a Man Answers" with Sandra Dee and Bobby Darin and the lighthearted comedy-western "McLintock!". Stefanie Powers also appeared on the television shows Bonanza and Route 66 in 1963. She was married to actor Gary Lockwood from 1966 until 1972, later she had a relationship with actor William Holden and on April 1, 1993 she married Patrick Houitte de la Chesnais. They divorced in 1999. Powers has a star on the Hollywood Walk of Fame located at 6778 Hollywood Boulevard. Stephanie is an avid polo player and was one of the first foreign members of the Royal County of Berkshire Polo Club in the United Kingdom. Powers competed in the Joules United Kingdom National Women's Championships in 2005 at Ascot, she is also a member of the HRH The Prince of Wales. 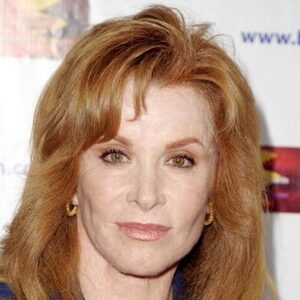