Stefan Dennis net worth: Stefan Dennis is an Australian actor who has a net worth of $5 million. Stefan Dennis was born in Tawonga, Victoria, Australia in October 1958. He is best known for playing the role of Paul Robinson on the soap opera Neighbours. As a singer he had a hit single with "Don't It Make You Feel Good" in 1989.

From 1979 to 1981 he starred as Peter Richards in the television series Prisoner: Cell Block H. His best known role has come starring as Paul Robinson since 1985 in the TV series Neighbours where has appeared in over 2,500 episodes. Dennis has also had recurring roles in the TV series The Flying Doctors, Dream Team, and Neighbours vs. Zombies. He has starred in the movies Channel Chaos, The Truth About Love, and 50 Kisses. Dennis has also acted in theater starring in productions of Robin Hood, Aladdin, Cinderella, Jack and the Beanstalk, Blood Brothers, and Peter Pan. 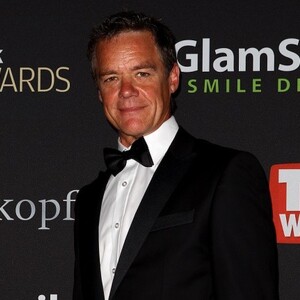