Stana Katic net worth: Stana Katic is a Canadian actress who has a net worth of $12 million dollars. Born in Hamilton, Ontario, Canada, Stana Katic grew up moving between Canada and Aurora, Illinois. She went on to attend the Goodman School of Drama in Chicago, and began working professionally in the late 90s, appearing in film projects, such as "Acid Freaks", "Shut-Eye" and "Pit Fighters".

In the early 2000s, she began to appear in guest starring roles on multiple television shows, and would spend the next few years going back and forth between film and television work, including, "Alias", "L.A. Dragnet", "The Shield", "JAG", "The Closer", "ER", "24", "Brothers and Sisters", "Feast of Love", "Stiletto", "Quantum of Solace", "The Librarian: Curse of the Judas Chalice", "Heroes", "CSI: Miami", and "The Unit". In 2009, she was cast in the role that would make her a household name, as Kate Beckett on the hit series, "Castle". 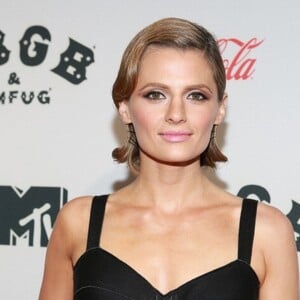