How much is Stacy Keach Worth?

Stacy Keach net worth and salary: Stacy Keach is an American actor and voiceover artist who has a net worth of $8 million. Stacy is probably best-known for playing the role of Mike Hammer in a series of movies and television shows in the 1980s and 1990s. As a narrator he has voiced the CNBC show "American Greed" since 2008.

Walter Stacy Keach was born in Savannah, Georgia, on June 2, 1941. He was born with a cleft lip that would later become somewhat of a trademark. Today he is the chairman of the Cleft Palate Foundation.

Stacy earned dual degrees in English and Dramatic Art from the University of California-Berkeley, and then went on to earn his MFA in Drama from Yale. After graduate school he attended the London Academy of Music and Dramatic Art on a Fulbright Scholarship. He began his professional career onstage in the mid-60s, and appeared in his first Broadway production in 1969. Since then he has gone back and forth between film, television, and theater work, and has won numerous awards for his work in all mediums. His on-camera film projects have included, "Doc", "Fat City", "The Killer Inside Me", "American History X", and "The Bourne Legacy". He is a prolific voice over artist, and serves as the narrator for multiple programs, including programming for National Geographic. He is most widely recognized for his recurring roles on the television shows, "Titus" and "Prison Break".

Personal Life and Real Estate: Stacy has been married four times. He has two children with his fourth wife Malgosia Tomassi. In 1984 Stacy was arrested at Heathrow airport in London for possession of cocaine. He subsequently served six months at a prison in Reading, Berkshire, England. While in prison Stacy formed a friendship with a priest which led to his converting to Roman Catholicism.

For over 25 years Stacy owned an impressive hilltop property in Malibu situated on six-acres of gated land. In 2003 he listed the home for sale in 2003 for $5.3 million. Interestingly, he ended up selling the home a year later to his brother James Keach and wife, actress Jane Seymour for $4 million. James and Jane proceeded to spend around $5 million on a series of massive renovations on the dilapidated property. James and Jane listed the home for sale a few years later for $16 million but ultimately kept the property. James and Jane divorced in 2015 and she lives there today. 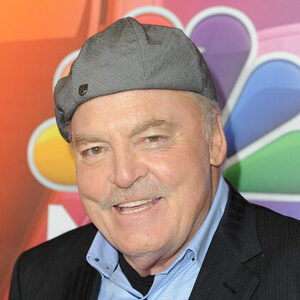