Stacey Dash net worth: Stacey Dash is an American actress who has a net worth of $100 thousand. Stacey is most well known for starring in the 1995 movie "Clueless" and the subsequent "Clueless" television show which ran from 1996-1999. In both the movie and the TV show, Dash played the role of Dionne Marie Davenport.

Early Life: Stacey Lauretta Dash was born in The Bronx, New York on January 20, 1967. The daughter of Linda Dash and Dennis Dash, she is of African American and Mexican descent. Her stepfather is Cecil Holmes and her younger brother Darien Dash is the founder of DME Interactive. Stacey's first cousin is Damon Dash, former CEO and co-founder of Roc-A-Fella Records. Dash graduated from Paramus High School in 1985.

Early Career: Stacey made her television debut in the NBC crime drama "Farrell: For the People" starring Valerie Harper and Ed O'Neill in 1982. It unfortunately did not make it past the pilot episode. Stacey then appeared on "The Cosby Show" in 1985, marking her first notable appearance when she played Michelle in the episode "Denise's Friend." In 1988 she had a recurring role on "St. Elsewhere." Dash's first major movie role was in the Richard Pryor comedy "Moving" in 1988.

Breakthrough: It was in 1995 when Stacey Dash landed what would be her most famous role, as Dionne in the movie "Clueless." She played a high schooler opposite Alicia Silverstone even though she was 28 years old at the time. She was nominated for a Young Artist Award for Best Young Supporting Actress – Feature Film in 1996 for "Clueless." From 1996 to 1999 she played the same role in the TV series "Clueless," spawned from the movie of the same name.

In 1999 and 2000 Stacey starred as Vanessa Weir in the TV show "The Strip", which was canceled after a handful of episodes. She then appeared in "View from the Top" and "Gang of Roses" in 2003, and 2005's "Getting Played." She guest starred in several television shows such as "Eve" and "CSI: Crime Scene Investigation." She has also appeared in music videos for Kanye West, Marques Houston, and Carl Thomas. She started her own lingerie line in 2006 called Letters of Marque. Dash posed nude in Playboy magazine in its August 2006 issue. In 2007, she filmed roles in five movies: "I Could Never Be Your Woman," "Nora's Hair Salon II," "Fashion Victim," "Ghost Image," and "American Primitive." In 2008, she appeared in three small budget films and appeared on the reality show "Celebrity Circus," where she broke a rib while training. She was a finalist and finished second behind Antonio Sabato Jr. In 2009, she appeared in the television series "The Game" and two years later starred in "Single Ladies" for VH1. In 2012, she starred as the female lead Lisa in the film "Dysfunctional Friends." In 2013, her scripted web series for Funny or Die "Stacey Dash is Normal" launched.

In May 2014, Stacey was hired as a contributor for "cultural analysis and commentary" for Fox News. In 2015, she was suspended for two weeks without pay when she made a comment on "Outnumbered" that President Barack Obama didn't "give a shit" about terrorism following his speech address Islamic terrorism that had taken place the day before. Dash drew more criticism in 2016 when she argued that the BET Awards lied to black people about news regarding the boycotting of the Oscars due to ethnic diversity and proceeded to call for an end to Black History Month. She then criticized Jesse Williams's speech at the BET awards. In January 2017, Fox announced that Stacey's contract would not be renewed.

Stacey released an autobiography titled "There Goes My Social Life: From Clueless to Conservative" in 2016. 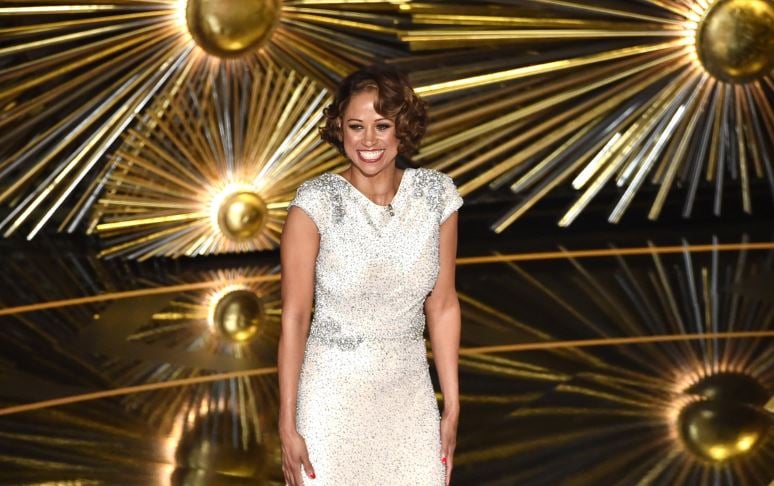 Financial Problems: In September 2019 Stacey was arrested in Florida on charges alleging domestic violence. In a subsequent legal filing, Stacey claimed she was too broke to hire a private lawyer and requested to be represented by a public defender.

Personal Life: Stacey has two children. She had her son Austin (b. 1991) with singer Christopher Williams. Dash married producer Brian Lovell on July 16, 1999. They divorced a few years later. From 2005-2006, she was married to British CEO and executive James Maby. The couple had a daughter, Lola (b. 2003.) Dash married actor Emmanuel Xuereb in 2007 and they got divorced in September 2011.

She married Jeffrey Marty in April 2018, reportedly just 10 days after meeting each other. With her marriage to Marty she became a stepmother to his three children. In June 2020, it was announced that the couple had filed for divorce.

Dash has spoken out about past traumas in her personal life such as sexual assault and physical and emotional abuse by past partners. She was addicted to cocaine in her teens and twenties.

Politics: Dash voted for Barack Obama in 2008 and switched her affiliation from Democratic to Republican in 2012 and endorsed Mitt Romney. Since 2012, she has publicly expressed her political views. In 2016, Dash commented that transgender rights "infringe upon her own." She supported Donald Trump in 2016. In February 2018, she filed to run as a Republican in California's 44th congressional district in the 2018 Congressional Election. Dash withdrew from the race on March 30, 2018. 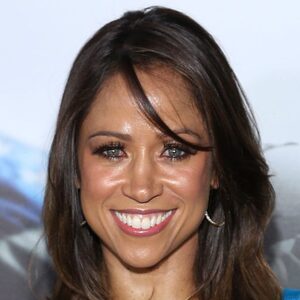