Spencer Tracy net worth: Spencer Tracy was an American actor who had a net worth equal to $50 million after adjusting for inflation at the time of his death in 1967. Spencer Tracy was born in Milwaukee, Wisconsin in April 1900 and passed away in June 1967. He was one of the mains tars of the Golden Age of Hollywood.

Tracy started out in theater and working for stock companies. His breakthrough came starring in the 1930 film The Last Mile. Tracy signed with the Fox Film Corporation before joining Metro-Goldyn-Mayer in 1935. He was married to Louise Treadwell from 1923 to 1967 but was in a relationship with Katharine Hepburn from 1941 to 1967. Tracy had more than 75 acting credits to his name. He won Academy Awards for Best Actor in a Leading Role in 1938 for Captains Courageous and in 1939 for Boys Town and was nominated for the award seven other times. Tracy won a Golden Globe Award for Best Actor – Drama for The Actress in 1954. He received a star on the Hollywood Walk of Fame in 1960 at 6814 Hollywood Blvd. Spencer Tracy passed away on June 10, 1967 at 67 years old of a heart attack. 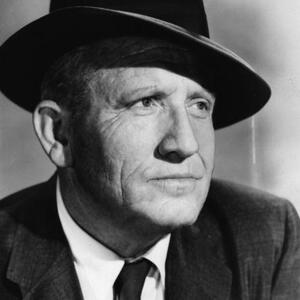