Spencer Lacey Ganus Net Worth: Spencer Lacey Ganus an actress and voice actress who has a net worth of $300 thousand. Spencer Lacey Genus is best known for voicing the role of a teenage Elsa in the 2013 Disney movie Frozen. She initially was paid just $962 for her work on Frozen. The film franchise went on to earn billions.

Spencer Lacey Ganus was born on May 1, 1999 in Los Angeles, California. One of her earliest mainstream roles was providing the voice of Ike Broflovski on the television series South Park. She performed the voice over multiple episodes from 2002 to 2006. In 2006 she did voice work for the film Ice Age: The Meltdown and the short Interrogation. Spencer did voice work for the 2006 movie Happy Feet and the 2006 short Holly Hobbie and Friends: Christmas Wishes. She has also done voice work for the video games Spider-Man 3 and Ant Bully as well as the 2013 short film Germination. Frozen grossed over $1.2 billion but Ganus only received a one day guaranteed payment of $926 for her role. 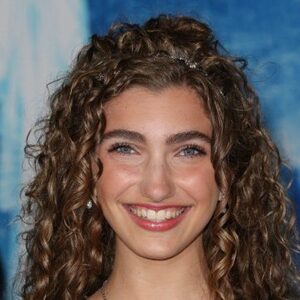