Spencer Grammer Net Worth: Spencer Grammer is an American actress who has a net worth of $1 million. Spencer Karen Grammer was born in October of 1983 to actor and comedian Kelsey Grammer and dance teacher Doreen Alderman. Grammer has stated that she is named after her aunt (on her father's side), who passed away before she was born. She has four younger half siblings, three sisters and one brother. She graduated from Los Angeles County High School for the Arts and then attended Marymount Manhattan College where she studied theater. Grammer got her start on camera at a young age, due to her father's career. As a child, she was on his sitcom, Cheers, as well as As the World Turns; she also appeared in various commercials. Later in life, she starred in ABC Family's teen series, Greek, which ran for four seasons. Since she has been on the television shows Robot Chicken, Ironside, Rick and Morty, and Royal Pains. As well as films, Missing William, In Lieu of Flowers, and 2 Br/1 Ba, which has not yet been released. In 2011, Grammer married firefighter James Hesketh. The couple has one child, Emmett, who was born in October of that same year. 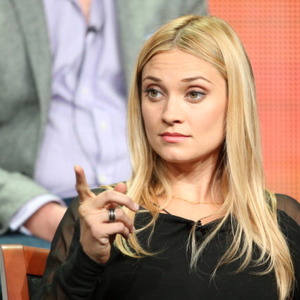