Spencer Breslin Net Worth: Spencer Breslin is an American actor and musician who has a net worth of $5 million dollars. Spencer is best known for his roles in Disney's The Kid, The Santa Clause 2: The Mrs. Clause and The Santa Clause 3: The Escape Clause, You Wish!, Zoom and The Cat in the Hat. He also starred in over 50 commercials as a child actor. He is the older brother of actress Abigail Breslin.

Spencer Breslin was born May 18, 1992 in New York City, New York. He was discovered at a New York City playground at the age of three and proceeded to star in commercials for McDonald's and Life cereal. By age five, he was a series regular for the three episode-long first season of ABC's Soul Man. He later moved on to guest star on several shows including Law & Order before appearing in the three-part miniseries, Stephen King's Storm of the Century. Breslin later played on-screen siblings with his real life younger sister Abigail Breslin in Raising Helen, starring Kate Hudson. The siblings would work together again in The Princess Diaries 2: Royal Engagement, in which Spencer plays a prince and Abigail makes a cameo as a girl at an orphanage. Abigail would also appear in the 2006 The Santa Clause 3: The Escape Clause, in which Spencer plays the role of Curtis the Elf; Spencer would later appear alongside Abigail as Cousin Derek in the 2012 Perfect Sisters. Breslin then work in other facets of filmmaking, serving as an executive producer on the animated Really Bad Movie!, as well as writing and directing his own short film. In the summer of 2007 he cofounded alternative rock trio The Red Agenda with Harold co-star Evan Daves and musician Paul DeMasi. His debut album Labor Day was released August 2012. Breslin later founded his own record label Acadian Recording Company. 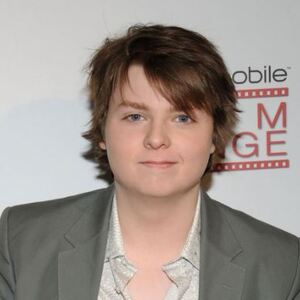