What is Sophie Turner's Net Worth?

Sophie Turner was born Sophie Belinda Turner on February 21, 1996, in Northampton, England. She grew up in Chesterton, Warwickshire, with mother Sally (a former nursery school teacher), father Andrew (a pallet distribution company employee), and older brothers James and Will. Sophie was a twin, but sadly her twin died before birth. Turner said of the tragedy, "My mum had a miscarriage – my twin died and I lived. That definitely affected me in terms of I always felt as though… something was missing. I have two older brothers who are close in age and I always felt as though I needed someone or should have had someone there. I guess there's a sense of loss there that I have used to conjure emotions onscreen." Sophie attended Warwick Prep School and The King's High School for Girls, and after joining the cast of "Game of Thrones," she had a tutor on the set until she was 16. Turner became a member of the Playbox Theatre Company at just 3 years old.

In 2009, Turner landed the role of Sansa Stark on "Game of Thrones," and the series premiered in April 2011. "Game of Thrones" went on to become one of the most popular shows on television, with the audience growing from 2.2 million during the premiere to 19.3 million during the series finale. In 2016, both "Rolling Stone" and "TheWrap" ranked Sansa #4 on their lists of the best "Game of Thrones" characters. Sophie and her family adopted the dog that played her character's dire wolf after season one of "Game of Thrones." Turner made her big screen debut in 2013's "Another Me," and that year she also appeared in the TV movie "The Thirteenth Tale." She narrated the 2014 Cassandra Clare audiobook "City of Heavenly Fire," then starred in 2015's "Barely Lethal" and 2016's "X-Men: Apocalypse," which grossed $543.9 million at the box office. Sophie reprised the role of Jean Grey in 2019's "Dark Phoenix," which brought in $252.4 million.

In 2018, Turner played the title role in the film "Josie" and starred in the science-fiction movie "Time Freak," and in 2019, she appeared in the revenge thriller "Heavy." In 2020, she played a plane crash survivor on the streaming series "Survive" and portrayed Westley in "Home Movie: The Princess Bride," which was made during the COVID-19 pandemic with the actors filming their roles on their smart phones while isolating at home. In November 2020, it was announced that Sophie had joined the cast of the animated HBO Max series "The Prince," and in June 2021, she was cast as the daughter of novelist Michael Peterson (who was convicted of murder in the 2001 death of his wife, Kathleen) on the HBO Max true crime series "The Staircase." 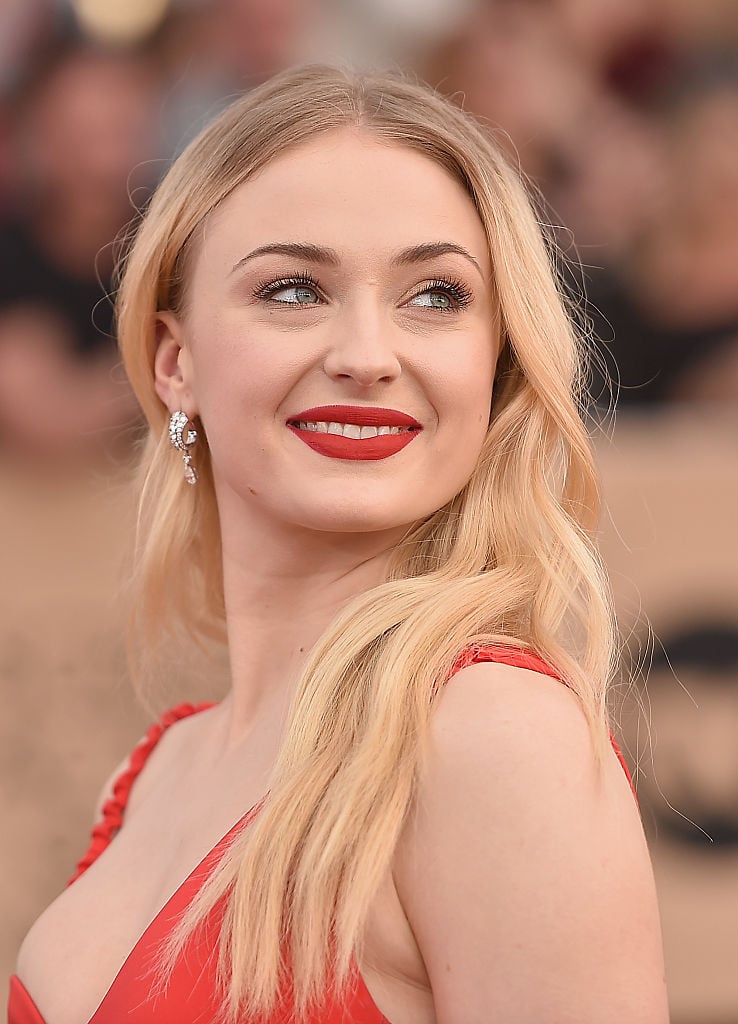 Sophie began a relationship with singer Joe Jonas in 2016, and they became engaged in October 2017. They married in Las Vegas on May 1, 2019, and Turner legally changed her last name after the wedding. The couple held a second wedding ceremony on June 29, 2019, in Paris, and they welcomed daughter Willa on July 22, 2020. The song "Hesitate," which is on the 2019 Jonas Brothers album "Happiness Begins," was inspired by Sophie. Turner struggled with depression during her time on "Game of Thrones," and she spoke about it on Dr. Phil's podcast, "Phil in the Blanks," in 2019, stating, "It only started to kind of go downhill I think when I started to hit puberty, and really puberty, though, at like 17. My metabolism was like slowing down massively, and I was gaining weight. And then there was the social media scrutiny and everything, and that was when it kind of hit me." Sophie revealed that she was taking medication and undergoing therapy at CAST Centers (which is described as "the nation's top mental health and addiction treatment center"), and at the time of the interview, she was taking a break from acting to "focus on [her] mental health."

In 2019, Sophie and Joe paid $14.1 million for a 15,000 square foot home in the Encino area of Los Angeles, and they put it on the market for $16.75 million in June 2021. The nine-bedroom, 11-bathroom home includes a wine cellar, gym, home theater, and two kitchens, and the property features a pool, spa, putting green, and guest house. Here's a video tour of the house:

In September 2021, Joe and Sophie paid $11 million for a mansion in Miami. The 10,400 square foot waterfront home has a gym, pool, spa, sauna and a dock out front to park a yacht. In November 2022, Joe and and Sophie listed their Miami mansion for a little under $17 million. Below is a video tour of the Miami mansion from around the time they purchased in 2021. In the year or so that they owned the property they painted the exterior and re-did the interior design:

In 2019, Turner earned a Primetime Emmy nomination for Outstanding Supporting Actress in a Drama Series for "Game of Thrones," and the cast received a Merit – Honorary Award at the 2020 CinEuphoria Awards and a Best TV Ensemble award at the 2019 IGN Summer Movie Awards. The "Game of Thrones" cast earned seven Screen Actors Guild Award nominations for Outstanding Performance by an Ensemble in a Drama Series, and Sophie received a "Glamour" Award for Best UK TV Actress (2016) and an EWwy Award for Best Supporting Actress, Drama for her performance. The series also earned her nominations from the Academy of Science Fiction, Fantasy & Horror Films (2019) and Young Artist Awards (2013).

In 2016, Turner won the award for Best Global Actor or Actress of The Year at the Huading Awards and was presented with the Kineo Diamanti Award at the Venice International Film Festival, and in 2018, she won a Best Actress award for "Josie" at the Mammoth Film Festival. She received four People's Choice Award nominations in 2019: Favorite Drama TV Star and Favorite Female TV Star for "Game of Thrones" and Favorite Action Movie Star and Favorite Female Movie Star for "Dark Phoenix." In 2017, the "X-Men: Apocalypse" cast was nominated for a Kids' Choice Award for Favorite Squad, and Sophie received a Teen Choice Award nomination for Choice Sci-Fi/Fantasy Movie Actress for "Dark Phoenix" in 2019.