What is Sophie Marceau's Net Worth and Salary?

Sophie Marceau is a French actress, director, screenwriter, model and author who has a net worth of $50 million. Sophie Marceau has appeared in dozens of films during her career. After rising to fame with her roles in the films "La Boum" and "La Boum 2" in the early 80s, she went on to star in such titles as "Pacific Palisades," "Fanfan," "Revenge of the Musketeers," "Braveheart," "Anna Karenina," and "The World is Not Enough." As a model, Marceau has graced the covers of over 300 magazines worldwide, and has been the face of multiple luxury brands.

Sophie Marceau was born as Sophie Danièle Sylvie Maupu on November 17, 1966 in Paris, France. She is the second child of truck driver Benoît and shop assistant Simone. When Marceau was nine, her parents divorced.

In early 1980, Marceau had photos of herself taken at a modeling agency that was looking for teenage models. During this time, casting director Françoise Menidrey was reaching out to modeling agencies looking for a teenager for his upcoming film. Marceau ended up being the benefactor, and went on to be signed to the Gaumont Film Company. She subsequently made her feature film debut in the teen romantic comedy "La Boum," starring in the role of Victoire "Vic" Beretton. The film was a major hit in Europe, spawning the sequel "La Boum 2" in 1982. For her performance in the sequel, Marceau won the César Award for Most Promising Actress.

Following the success of the "La Boum" films, Marceau ventured into dramatic roles. She starred in the war film "Fort Saganne"; the romantic dramas "L'amour Braque" and "Police"; and the psychological thriller "Descente aux Enfers." Returning to comedy in 1988, Marceau starred alongside Vincent Lindon in the romantic comedy "L'Étudiante." The same year, she starred in the historical adventure film "Chouans!" Marceau concluded the decade starring opposite Jacques Dutronc in the romantic drama "My Nights Are More Beautiful Than Your Days." In 1990, she made her American film debut in the comedy "Pacific Palisades." Marceau subsequently starred in the French films "Pour Sacha," "La Note Bleue," "Fanfan," and "Revenge of the Musketeers."

In 1995, Marceau earned global recognition for her role as Princess Isabelle in Mel Gibson's Best Picture Oscar winner "Braveheart." Also that year, she appeared in the ensemble cast of Michelangelo Antonioni and Wim Wenders' "Beyond the Clouds." In 1997, Marceau starred in three period pieces: "Anna Karenina," "Marquise," and "Firelight." She closed out the decade with three films in 1999, playing Lila Dubois in the romcom "Lost & Found"; Hippolyta in the Shakespeare adaptation "A Midsummer Night's Dream"; and villainous Bond girl Elektra King in the James Bond film "The World is Not Enough." 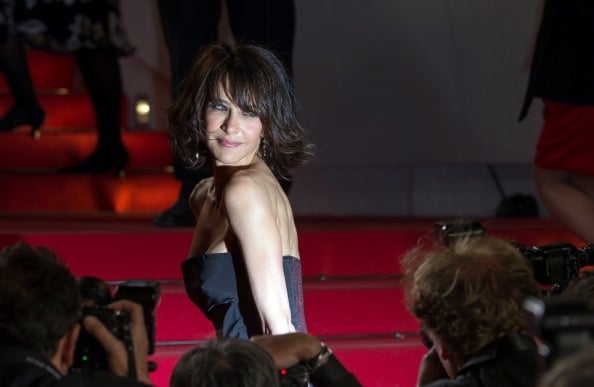 Marceau has mostly appeared in French films in the 21st century. In the early 00s, she starred in "Fidelity," "Belphegor, Phantom of the Louvre," "I'm Staying!," and "Nelly." Marceau also made her feature film directorial debut with "Speak to Me of Love." In 2007, she directed her next film, "Trivial," in which she also starred. Marceau's other credits during the decade include "Anthony Zimmer," "Female Agents," "LOL," "Don't Look Back," and "Cartagena." Her one American film was Rob Reiner's "Alex & Emma," a romcom starring Kate Hudson and Luke Wilson.

In 2010, Marceau starred in the French romantic comedy "With Love… from the Age of Reason." Two years later, she starred in another romantic comedy, "Happiness Never Comes Alone." Marceau was subsequently in the thriller "Arrêtez-moi," the romance "Quantum Love," the romcom "The Missionaries," and the drama "Jailbirds." In 2018, she directed her third feature film, the comedy "Mrs. Mills," in which she also starred. Marceau's other credits have included "Everything Went Fine" and "I Love America."

Early in her career, Marceau became famous in South Korea, Japan, and China for her appearances in local television commercials and on magazine covers. Later, in 2008, she became an international ambassador for the Paris-based luxury jeweler Chaumet. Marceau was also a brand ambassador for the PSA Group from 2010 to 2016. Among her other major international appearances, Marceau performed a duet with Liu Huan in China for CCTV's New Year gala in 2014.

From 1985 to 2001, Marceau was in a romantic relationship with Polish director Andrzej Żuławski, who directed her in multiple films. The couple had a son named Vincent. Subsequently, Marceau dated producer Jim Lemley from 2001 to 2007; they had a daughter named Juliette. She then dated actor Christopher Lambert, with whom she starred in two films. The pair separated in 2014. Following this, Marceau was in a relationship with French chef Cyril Lignac until 2016.

In 2003, Marceau was named an Officer in the Ordre des Arts et des Lettres by the Minister of Culture of France. Later, she was offered promotion to the National Order of the Legion of Honor, but refused to accept the award. Her decision was in protest of the award having been given to crown prince of Saudi Arabia Muhammad bin Nayef, who was responsible for numerous human rights violations in his country. 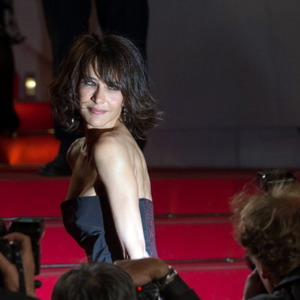