Sophia Myles Net Worth: Sophia Myles is an English actress who has a net worth of $5 million. Sophia Myles was born in London, England in March 1980. Sophia pursued acting after she was spotted by Julian Fellowes in a school play. Her television debut came in the recurring role of Lady Jane Grey in the series The Prince and the Pauper in 1996.

Her film debuts came in the 1999 movies Mansfield Park and Guest House Paradiso. Myles had a recurring role as Agnes Fleming in the TV mini-series Oliver Twist in 1999. From 2007 to 2008 she starred as Beth Turner in the series Moonlight. In 2010 Myles starred as Beth Bailey in the television series Spooks. In 2014 she starred in the TV series Our Zoo as Lady Katherine Longmore. Myles has also starred in the films From Hell, The Abduction Club, Underworld, Out of Bounds, Thunderbirds, Underworld: Evolution, Tristan + Isolde, Art School Confidential, Hallam Foe, Outlander, The Damned, Blackwood, and Transformers: Age of Extinction. Sophia won a BAFTA Scotland Award for Best Actress for Hallam Foe in 2007. She was also nominated for the same award at the British Independent Film Awards. 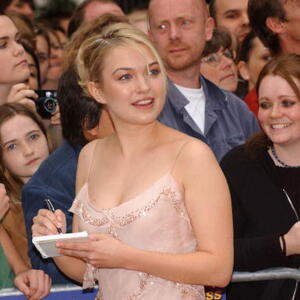