Sophia Loren net worth and salary: Sophia Loren is a legendary Italian actress and model who has a net worth of $150 million dollars. She began acting in films as a teenager, before signing a five-picture contract with Paramount that launched her to global stardom. Among her credits are "Marriage Italian Style," "Sunflower," and "Two Women," the latter of which earned her an Academy Award for Best Actress.

Early Life and Career Beginnings: Sophia Loren was born as Sofia Villani Scicolone in 1934, in Rome, Italy. Her parents were Romilda Villani, a piano teacher, and Riccardo Scicolone, who was a construction engineer from a noble lineage. Loren's parents never married, and her father eventually left the family behind without financial support. When she was 15, Loren entered the 1950 Miss Italia beauty pageant under the name Sofia Lazzaro; selected as one of the three finalists, she was awarded the title of "Miss Elegance." Still using the name Lazzaro, she enrolled at Italy's national film school, the Centro Sperimentale di Cinematografia. She subsequently appeared in an uncredited role in the 1951 historical epic "Quo Vadis." Around this time, Loren had bit parts in Italian movies such as "Brief Rapture," "Era lui… sì! sì!," "I Dream of Zorro," and "La Favorita."

In 1953, after adopting her current name, Loren had her first starring role in "Aida," an adaptation of the Verdi opera. She landed another leading role that same year in "Two Nights with Cleopatra." Her big breakthrough, however, came with the 1954 Vittorio De Sica anthology film "The Gold of Naples." Loren continued to have a prolific career on screen over the next couple of years, starring in such films as "Pilgrim of Love," "Too Bad She's Bad," "The Sign of Venus," and "The Miller's Beautiful Wife," her first of numerous films with Marcello Mastroianni.

Ascent to Global Stardom: Following a successful run of films that included "Lucky to Be a Woman," 20th Century Fox's "Boy on a Dolphin," and United Artists' "The Pride and the Passion," Loren signed a five-picture contract with Paramount Pictures in 1958. She subsequently rose to international fame in such films as "Desire Under the Elms," costarring Anthony Perkins; "The Black Orchid," with Anthony Quinn; the romantic comedy "Houseboat" with Cary Grant; and Sidney Lumet's "That Kind of Woman."

The year 1960 was a major one for Loren; she starred in five films, including the George Cukor western "Heller in Pink Tights," the romantic comedies "It Started in Naples" and "The Millionairess," and "A Breath of Scandal," costarring Maurice Chevalier. Loren's greatest success that year, however, came with Vittorio De Sica's Italian drama "Two Women," in which she played a mother who goes to great lengths to protect her young daughter during the war. The performance garnered Loren a surfeit of accolades, including an Academy Award for Best Actress, making her the first actor to win an Oscar for a non-English language role.

Continued Success on Screen: Throughout the 1960s, Loren was among the world's most popular actresses. She continued to make films in both Hollywood and abroad, and often starred opposite major male screen stars. Among her credits during this time were the historical epic "El Cid," with Charlton Heston; the Italian anthology film "Boccaccio '70"; "Five Miles to Midnight," in which she reunited with former costar Anthony Perkins; and Vittorio De Sica's comedy anthology "Yesterday, Today and Tomorrow," which won the Oscar for Best Foreign Language Film of 1964. That year, Loren's career hit a new zenith when she was given $1 million to be in Anthony Mann's epic "The Fall of the Roman Empire." The next year, she earned a second Academy Award nomination for her performance in Vittorio De Sica's "Marriage Italian Style." 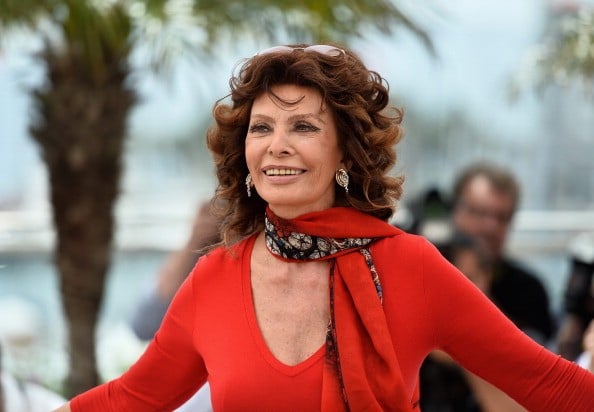 1970s and 80s: After becoming a mother, Loren starred in mostly Italian films throughout the 70s. Her credits included "Sunflower," "The Priest's Wife," "Lady Liberty," "The Sin," and the Richard Burton-starring "The Voyage," Vittorio De Sica's final directed film. Loren was also paired with Burton in the 1974 television movie "Brief Encounter," a remake of the eponymous 1945 film. In 1976, she starred in the disaster picture "The Cassandra Crossing" alongside stars such as Ava Gardner, Richard Harris, and Burt Lancaster. The next year, she appeared yet again with Marcello Mastroianni in "A Special Day," which earned her a seventh David di Donatello Award. Loren closed out the decade with roles in thrillers such as "Blood Feud," "Brass Target," and "Firepower."

Loren was in fewer films in the 80s, although she had a handful of credits in made-for-television movies. One of these, "Sophia Loren: Her Own Story," was adapted from the actress' autobiography; in it, she played both herself and her mother. She later appeared in the television films "Aurora" and "Courage," and the miniseries "The Fortunate Pilgrim" and "Running Away."

Later Career: Loren's acting career continued to taper off in the 90s. In 1991, she received an Honorary Oscar for her contributions to world cinema, and received the Cecil B. DeMille Award at the Golden Globes in 1995. During this time, Loren appeared in films such as "Prêt-à-Porter" and the comedy sequel "Grumpier Old Men," with Walter Matthau and Jack Lemmon. She also became active in other business areas, selling perfume, jewelry, and cookbooks.

In the early 2000s, Loren appeared in the independent Canadian film "Between Strangers." In 2009, she had one of her most prominent roles in years in the film adaptation of the musical "Nine." She landed an even bigger role in 2020, when she was cast as the lead actress of the Italian drama "The Life Ahead."

Personal Life: In 1957, Loren married by proxy Italian film producer Carlo Ponti, whom she had known since she was 16. Because Ponti was still wed at the time, the couple had their marriage annulled in 1962 to avoid charges of bigamy; however, they continued to live together. When Ponti finally got divorced, he married Loren in 1966. They later had two children, Carlo Ponti Jr. and Edoardo Ponti, and remained married until Ponti's passing in 2007.

Loren has primarily lived in Geneva, Switzerland since 2006; she also owns residences in Rome and Naples. The actress has four grandchildren.

Art Collection: Sophia and Carlo amassed an incredible collection of art during their time together. Their collection includes pieces by Picasso, Renoir, Francis Bacon, Salvado Dali and more. 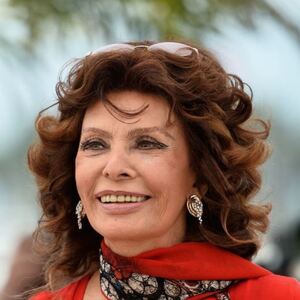