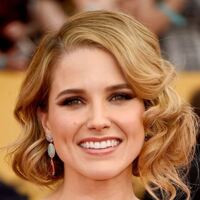 What is Sophia Bush's net worth?

Sophia Bush is an American actress, director and spokesperson who has a net worth of $11 million. Sophia Bush first became widely known from her role as Brooke Davis on the television series "One Tree Hill. She is also known for portraying  detective Erin Lindsay on the hit NBC series "Chicago P.D." She also starred in such major 2007 movies as "The Hitcher," "John Tucker Must Die" and "The Narrows". She is also an activist and philanthropist.

Bush was born on July 8, 1982 in Pasadena, California and is an only child. Her father, Charles, is an advertising and beauty photographer while her other runs a photography studio. She attended Westridge School for Girls where she was primarily interested in playing volleyball. However, due to school requirements, she also had to participate in a play. Her experience with the theater arts program prompted an interest in acting, which she pursued after graduating in 2000.

Bush landed her first big screen acting role in 2002 by appearing in "National Lampoon's Van Wilder" alongside Ryan Reynolds. Over the next couple of years, she had minor roles in various television shows like "Nip/Tuck," and "Sabrina the Teenage Witch."

In 2003, she auditioned for and secured the role of Brooke Davis in a WB television series called, "One Tree Hill." She remained on the show for its entire nine season run and became a popular public figure during this time. She was featured on the covers of many high profile magazines like "Lucky," "Maxim," "Glamour," and "InStyle." She also got to try her hand at directing a few of the final episodes of the last season in 2012.

Bush also co-starred in "John Tucker Must Die" opposite of Brittney Snow and Jesse Metcalfe in 2007. The film was very successful, earning over $60 million around the world and Bush won a Teen Choice Award in the category of Choice Movie Actress – Comedy. Over the next several years, Bush landed roles in the supernatural thriller, "Stay Alive," the horror remake, "The Hitcher," and the independent film, "The Narrows." For her role in "The Hitcher," Bush won the Choice Movie Female Breakout star and the Choice Movie After Actress award in the horror/thriller category at the 2007 Teen Choice Awards as well. After a successful year, she won the Rising Star Award at the Vali Film Festival.

In 2009, she took her first voice role as the character of Sara on the animated series, "Phineas and Ferb." She appeared in two episodes. In 2011, she co-starred in the romantic comedy film, "Chalet Girl." She also appeared on the CBS sitcom, "Partners," which only ran for one season in 2012. She joined the cast of "Chicago P.D." in 2013 and remained on the show for four seasons. She also appeared on the related franchise series, "Chicago Fire" and "Chicago Med." For her role on "Chicago P.D.," she earned a People's Choice Awards nomination in the Favorite TV Crime Drama Actress category. 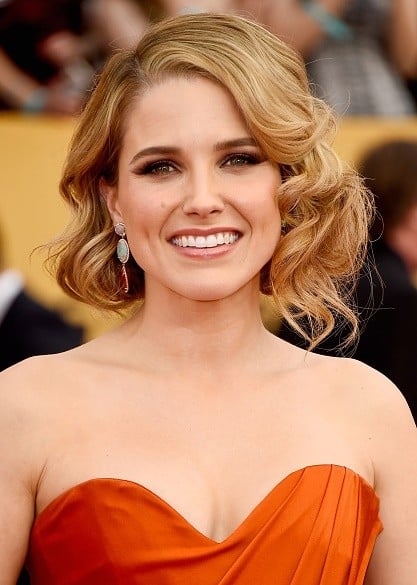 In 2018, Bush took another voice role, voicing the character of Voyd in Pixar's "Incredibles 2." She also appeared in four episodes of Hulu's "Love, Victor" in 2020. She also appeared in "Law & Order: Special Victims Unit," "Alex, Inc." "Jane the Virgin," "Easy," and "This Is Us," among other television appearances.

In addition to acting and occasionally directing, Bush has also worked as a producer. She was the executive producer on the 2015 short documentary film, "A Thousand Year Journey." She also played the executive producer role in "A Girl Named C," and "Mother Truckers." Additionally, she has hosted and narrated a few podcasts, including "And Especially You," "Work in Progress," and "Hidden in Play Sight."

Bush has gotten involved with a number of philanthropic, political, and activist movements. She openly supported Barack Obama's 2008 presidential campaign and visited a number of college campuses in order to encourage students to vote. She also is an advocate for gay rights, having attended multiple gay rights rallies and participating in the 2016 Human Rights Campaign video that paid tribute to the victims of an Orlando nightclub shooting.

She has also advocated for greater environmental protections, increases in educational opportunities, and the Time's Up movement. Her activism work has been recognized by a number of organizations. In 2011, she won the VH1 Do Something Award and in 2012 she won the Annual Young Hollywood Awards Philanthropy Award. In 2016, she won the Redefine Possible Women's Leadership Award and in 2018 the Nelson Mandela Changemaker Award.

In 2004, Bush got engaged to "One Tree Hill" co-star, Chad Michael Murray. They got married in 2005 but announced their separation five months later. While Bush sought an annulment, the couple ultimately was granted a divorce instead in December of 2006.

From 2006 to 2007, Bush dated Jon Foster and the two remained friends following their breakup. In 2008, she dated another "One Tree Hill" co-star, James Lafferty, though they broke up in 2009. Actor Austin Nichols confirmed that him and Bush had been dating on and off again for the past several years in 2010, but Bush broke it off in 2012.

Bush then started to date Dan Fredinburg in a long-distance relationship in 2013, though the couple amicably ended things in 2014. She also dated her co-star from "Chicago P.D." Jesse Lee Soffer from 2014 to 2016. Since 2020, Bush has been in a relationship with businessman Grant Hughes.

In 2015 Sophia paid $1.6 million for a condo in Chicago. She listed the unit in April 2020 for just under $2 million. She ultimately sold for right around asking. She also owns a home in the Hollywood Hills of Los Angeles which was acquired in the early 2010s for $1.4 million.