Sonny Shroyer net worth: Sonny Shroyer is an American actor who has a net worth of $500 thousand. Sonny Shroyer was born in Valdosta, Georgia in August 1935. He is best known for playing the role of Deputy Sheriff Enos Strate in the television series The Dukes of Hazzard. Shroyer attended Florida State University on a football scholarship but had to give up playing due to injury.

He became a professional model before he got into acting. He debuted in the movies Sixteen and Payday in 1973. Shroyer's best known role came starring as Enos in the TV series The Dukes of Hazzard from 1979 to 1985. He also played the title character in the spinoff TV series Enos from 1980 to 1981. Shroyer starred as Bobby Slocum in the series I'll Fly Away from 1991 to 1992. He also starred in the movies The Longest Yard, Roots, Smokey and the Bandit, The Devil and Max Devlin, The Lincoln Conspiracy, Forrest Gump, Bastard Out of Carolina, Paradise Falls, The Rainmaker, Ray, The Way Home, and Unconditional. Shroyer finished 2nd place for Favorite Male Performer in a New TV Program for Enos in 1981. He is also a gospel and country singer. 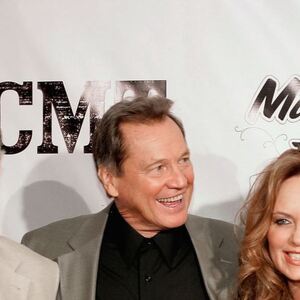