Sonja Sohn Net Worth: Sonja Sohn is an American actress who has a net worth of $1.5 million. Sonja Sohn was born Sonja Williams in 1964 in Newport News, Virginia. She was discovered while performing slam poetry and was invited to star in the movie "Slam" in 1998. Sohn also contributed to the movie's screenplay.

She has since appeared in films such as "Bringing Out the Dead", "Shaft", "Perfume", "The Killing Zone", "Step Up 2: The Streets", and "The Wire: The Musical". Sohn has had a more extensive career in television, starring as Detective Shakima Greggs on 60 episodes of HBO's "The Wire" from 2002 until 2008. She appeared on multiple episodes of "Cold Case", "Brothers & Sisters", and "The Good Wife" before landing the regular role of Samantha Baker on ABC's "Body of Proof" through the first two seasons. Sohn's other TV credits include "Bar Karma", "Bronx Country", "Drop Dead Diva", "Burn Notice", "Law & Order: Special Victims Unit", and "The Originals". She has been nominated for a handful of awards and won Best Actress at the Gotham Awards for "Slam" and Outstanding Television Actress at the Asian Excellence Awards for "The Wire". Sohn is active politically and founded the organization rewired for Change, a group in Baltimore that seeks to help children involved with crime. She has been married to her husband, Australian musician Adam Plack, since 2003, and they have two children together. 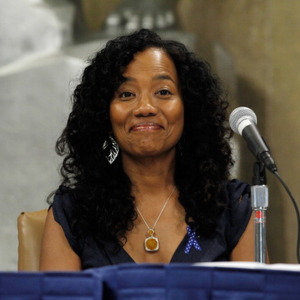