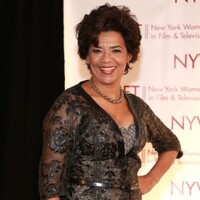 Sonia Manzano Net Worth: Sonia Manzano is an American actress and writer who has a net worth of $600 thousand. Sonia Manzano was born in New York, New York in June 1950. Manzano is best known for playing the role of Maria on Sesame Street. Sonia starred in the original production of the off-Broadway show Godspell in her junior year of college. She joined the cast of Sesame Street in 1971 and has played Maria ever since. From 2013 to 2014 Manzano had a recurring role as Judge Gloria Pepitone on the television series Law & Order: Special Victims Unit. She has also appeared in episodes of the TV series B.J. and the Bear and Law & Order. Manzano has also starred in the movies Firepower, Night-Flowers, The Muppets Take Manhattan, Sesame Street Presents: Follow that Bird, The Adventures of Elmo in Grouchland, Dumped!, and The Guitar. She also wrote for Sesame Street from 1981 to 2002. As part of the writing staff at Sesame Street Sonia has won 15 Daytime Emmy Awards. She has also been nominated for two Daytime Emmy Awards for Outstanding Performer in a Children's Series. Manzano's children's book No Dogs Allowed was published in 2004. She was inducted into the Bronx Hall of Fame in 2004.