Sonia Kruger net worth: Sonia Kruger is an Australian television presenter who has a net worth of $8 million dollars. Sonia Kruger was born in Toowoomba, Queensland, Australia, and went on to graduate from the University of Technology – Sydney, where she earned an Arts Degree. She then went on to teach dance at the National Institute of Dramatic Art in Sydney. Audiences outside of Australia came to know her, when she appeared in the supporting role of Tina Sparkle in the hit film, "Strictly Ballroom". She then went on to host the children's show, "Wonder World" in Australia, and served as an Entertainment Reporter for various programs, including "Today Tonight" and "Sunrise". In 2004, she began co-hosting the show, "Dancing with the Stars", the Australian reboot of the popular British show, "Strictly Come Dancing". She co-hosted until 2011. She also hosted the popular, but short-lived series, "10 Years Younger in 10 Days" and "Big Brother Australia 9". 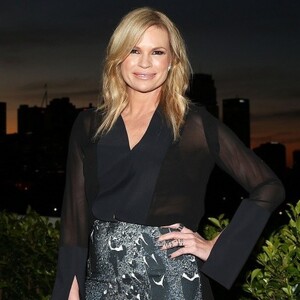