Song Seung-heon Net Worth: Song Seung-heon is a South Korean actor who has a net worth of $15 million. Song Seung-heon was born in Seoul, South Korea in October 1976. Song started off as a model for STORM jeans in 1995. His acting debut came in the 1999 film Calla. Song also starred in the films Mike It Big, So Close, Ice Rain, He Was Cool, Fate, A Better Tomorrow, Ghost: In Your Arms Again, the short film Lucid Dreaming, and Obsessed.

Song has also appeared in the television series Three Guys and Three Girls, Beautiful Lady, You and I, Victory, Happy Together, Love Story: "Message", Popcorn, Autumn in My Heart, Law Firm, Summer Scent, East of Eden, My Princess, Dr. Jin, and When a Man Falls in Love. Song avoided his mandatory military service and served a two year term in 2004. He has also released three albums. In 2010 he was given a Distinguished Hallyu Entertainer Award of Merit by the Ministry of Culture, Sports and Tourism. He also was given an Exemplary Taxpayer Citation and in 2012 was named Asia's Most Charming Artist at the China Cosmopolitan Beauty Awards. 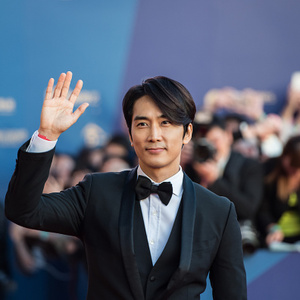