Song Il Gook net worth: Song Il Gook is a South Korean actor who has a net worth of $50 million. Song Il Gook was born in Seoul, South Korea in October 1971. His best known role came starring as Jumong on the television series of the same name in 2006. Song Il Gook has starred on the TV series Did We Really Love?, Goodbye My Love, and Into the Sunlight in 1999, All About Eve in 2000, Hard Love, Jang Hui-bin, and Album of Life in 2002, Bodyguard and Desert Spring in 2003, People of the Water Flower Village, Terms of Endearment, and Emperor of the Sea in 2004, Lobbyist in 2007, The Kingdom of The Winds in 2008, A Man Called God in 2010, Crime Squad and Kimchi Family in 2011, and Jang Yeong-sii in 2016.

Song Il Gook has starred in the movies The Art of Seduction and Red Eye in 2005, Entangled in 2014, and Tattoo in 2015. He also starred in the variety shows Qualifications of Men and The Return of Superman and has won many awards. 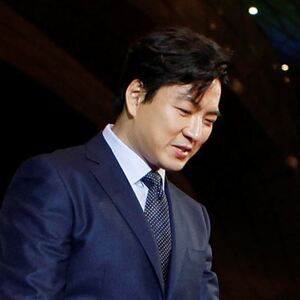