Song Hye-kyo net worth: Song Hye-kyo is a South Korean actress who has a net worth of $20 million. Song Hye-kyo was born in Daiseo District, Daegu, South Korea in November 1981. She was ranked 7th on the Korea Power Celebrity list by Forbes magazine in 2017. Hye-kyo has starred in several films including My Girl and I, Make Yourself at Home, Countdown, A Reason to Live, The Grandmaster, My Brilliant Life, The Crossing: Part 1, The Queens, and The Crossing: Part 2.

She has also starred in the TV mini-series Autumn in My Heart in 2000, the television series Full House in 2004, the TV mini-series That Winter, the Wind Blows in 2013, and the TV series Descendants of the Sun since 2016. Song Hye-kyo won a Women in Film Korea Actress Award in 2011 and a Baek Sang Art Award for Most Popular Actress in 2016. She released the album Switch: Be White in 2012 and the books Song Hye-kyo's Moment in 2011 and It's Time for Hye-kyo in 2012. 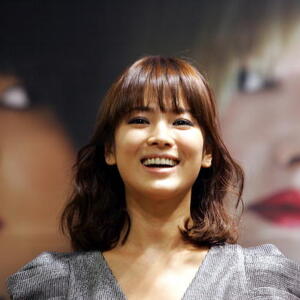