Sonequa Martin-Green was born in Russellville, Alabama in March 1985. She earned a theater degree from the University of Alabama in 2007 and then moved to New York. From 2009 to 2011 Martin-Green had a recurring role as Courtney Wells in the television series The Good Wife. In 2013 she starred as Tamara in the TV series Once Upon a Time. Since 2012 Martin-Green has starred as Sasha Williams on the series The Walking Dead. She had recurring roles as Kanessa Jones on the TV series Army Wives in 2009 and as Michelle Terry in the TV series NYC22 in 2012. She has also starred in the movies Blind Thoughts, Toe to Toe, Rivers Wash Over Me, Yelling to the Sky, and Shockwave Darkside. She also appeared in episodes of the TV series Law & Order: Criminal Intent and Gossip Girl. 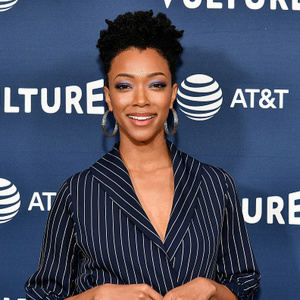