Sondra Locke net worth and salary: Sondra Locke was an American actress, producer and director who had a net worth of $20 million at the time of her death in 2018. Sondra Locke made her acting debut in the 1968 film, The Heart is a Lonely Hunter, for which she earned an Academy award nomination plus two Golden Globe award nominations for best actress and most promising newcomer. Locke went on to appear in numerous independent films and made television guest appearances before starring in a string of blockbusters alongside her partner of 14 years Clint Eastwood. The 1976 film, The Outlaw Josey Wales, was the beginning of the Locke/Eastwood working relationship. The pair went on to star in notable films including Dirty Harry and Sudden Impact. In the mid-eighties, Locke switched to directing, making her debut with the 1986 comedy, Ratboy which was a big hit in France. She gained respect from film critics with the 1990 thriller, Impulse. Although it impressed the critics, it failed to make an impact at the box office. She directed and appeared in a few independent productions. In 1997 she published an autobiography, The Good, the Bad and the Very Ugly, before quitting the film industry in 1999. Tragically, Sondra Locke died on November 3, 2018 at the age of 74 from cardiac arrest related to her recurring bone and breast cancer.

Clint Eastwood separation and lawsuits: Sondra and Clint lived together from 1975 to 1989. After their relationship ended, Sondra filed a palimony suit against Clint after he changed the locks on their shared Bel-Air mansion. While she was filming the movie Impulse he also moved all of her possessions into storage. The couple eventually settled, with Clint arranging for Sondra to have a development deal at Warner Bros. Sondra ultimately filed a lawsuit against Warner and Eastwood claiming the deal was a "sham", after the studio rejected on all 30 projects she had proposed and never used her as a director. In 1996, Clint was finally forced to pay Sondra an undisclosed amount of money. In 1999 she reached an out-of-court settlement with Warner Bros. 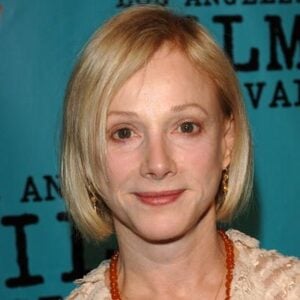