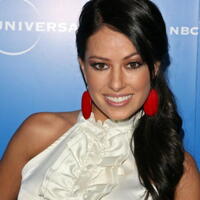 Sofia Stamatiades Net Worth: Sofia Stamatiades is a Mexican actress who has a net worth of $4 million. Born in Puebla, Mexico, in 1987, as Sofia Lama Stamatiades, Sofia Stamatiades frequently appears in variety shows and telenovelas in her home country. She made her on-screen debut on the "Disney Club", "Entre Pingos", and "Con sello de mujer" in 1998, appearing as herself. In 2004, she landed her first acting role as Huesitos on "Sonaras" and later as Marisol on "La vida es una cancion" the same year. Stamatiades went on to appear as Gloria Mercenario on "Pecados Ajenos", Nora on "Decisiones", and Julieta Riva Palas on "Sin senos no hay paraiso". In 2009, she scored the part of a young Esperanza Salvador on "Mas Sabe el Diablo" and followed that up in 2010 with an appearance as Alicia Gonzalez on "Eva Luna". Stamatiades has since appeared on "La Casa de al Lado", "Rosa Diamante", "Dama y Obrero", "Descarri-lados", and is set to star on 2015's "Duenos del Paraiso". She earned a Premios Tu Mondo Award for Best Supporting Actress for her part as Mireya Gomez on 2013's "Dama y Obrero". Stamatiades made her movie debut in the short film "Mas sabe el Diablo: El primer golpe" as Esperanza Salvador Joven in 2010. She is slated to appear in 2014's "Desde el mas alla" as Fernanda. Stamatiades is dating fellow Mexican actor Julian Gil, whom she starred with on "Eva Luna".