Sofia Carson net worth: Sofia Carson is an American singer and actress who has a net worth of $6 million. Sofia Carson was born in Fort Lauderdale, Florida in April 1993. As an actress she first appeared in the Disney Channel television series Austin & Ally in 2014. Carson voiced the role of Evie in the TV series Descendants: Wicked World from 2015 to 2016.

She starred as Melanie Diaz in the film Tini: The Movie in 2016 and has starred as Evie in the TV movie Descendants and as Lola Perez in the TV movie Adventures in Babysitting. Carson also had a recurring role as Soleil in the series Faking It in 2014. As a singer she was featured on the soundtrack to the film Descendants in 2015 which reached #1 on the Billboard 200 chart and on the US Top Soundtracks chart.  Carson was nominated for a Teen Choice Award for Choice Music: Next Big Thing in 2016. 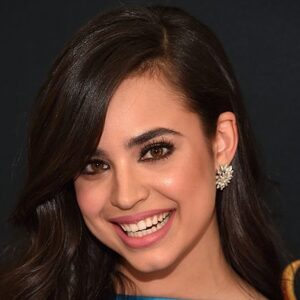